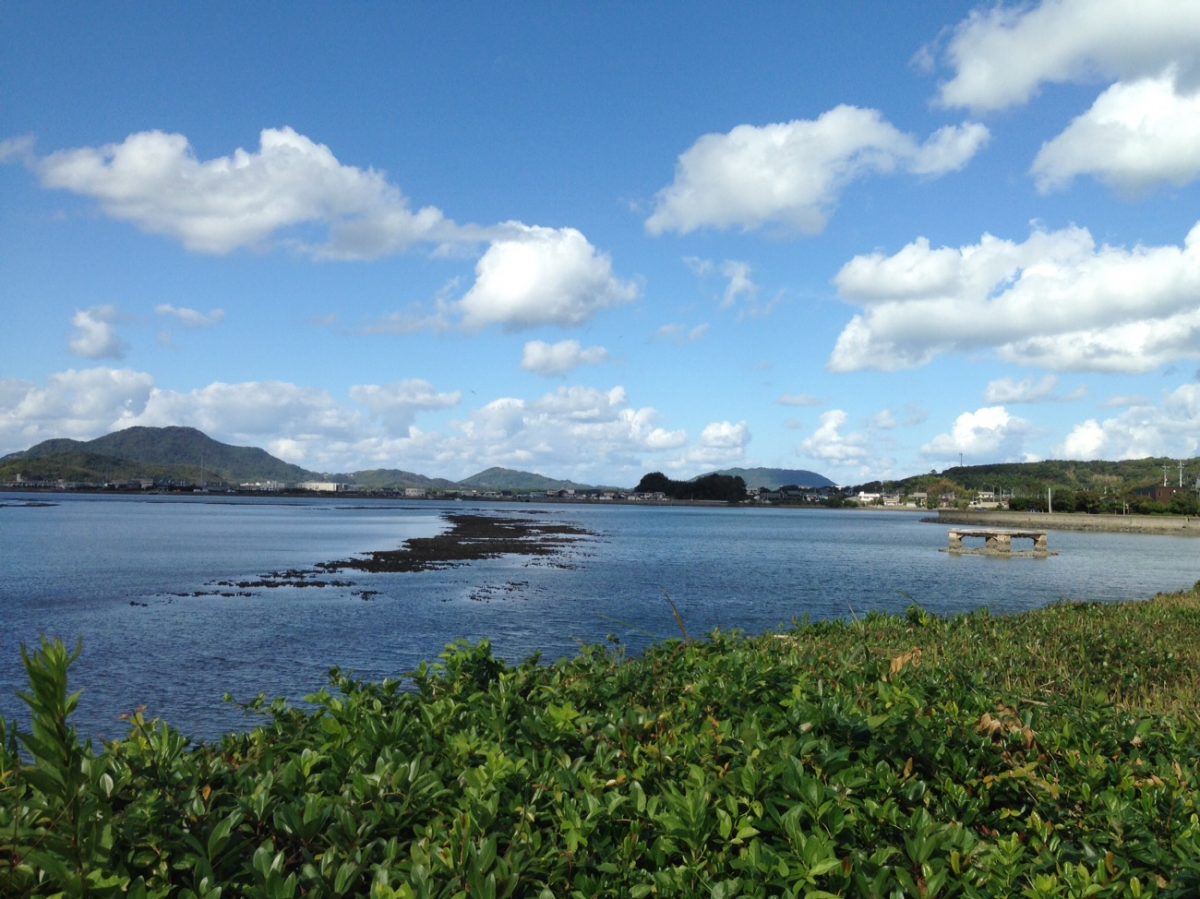 We set out yesterday morning from Fukuoka for the town of Karatsu, along the coast to the west. Its name comes from the characters for “Korea” and “port” as it was historically a gateway to Korea, and the guidebook didn’t have much else to say about it beyond its prominence in the local (global?) pottery trade. But the route didn’t look too hilly, and we wanted to do a bike trip, so off we went.

The rain from the previous day had cleared, and we enjoyed gorgeous views back to Fukuoka as we cycled out of town. As in Korea and Sapporo, biking on the sidewalk is the default way of getting around – but in Fukuoka it’s a tremendously popular form of transport for all ages, making it a nonstop slalom course but also very safe, with cars and pedestrians paying lots of attention to two-wheeled traffic.

We chose to take the long route to Karatsu, up around a peninsula rather than along the main highway. (Who’s surprised?!) We didn’t know what to expect as this was our first time plotting our own route rather than following the lovely designated bike routes in Korea – but lo and behold as we crossed the first bridge, a sign for a Cyclists Rest Area! The map was more schematic than practical, and only in Japanese, but hey. 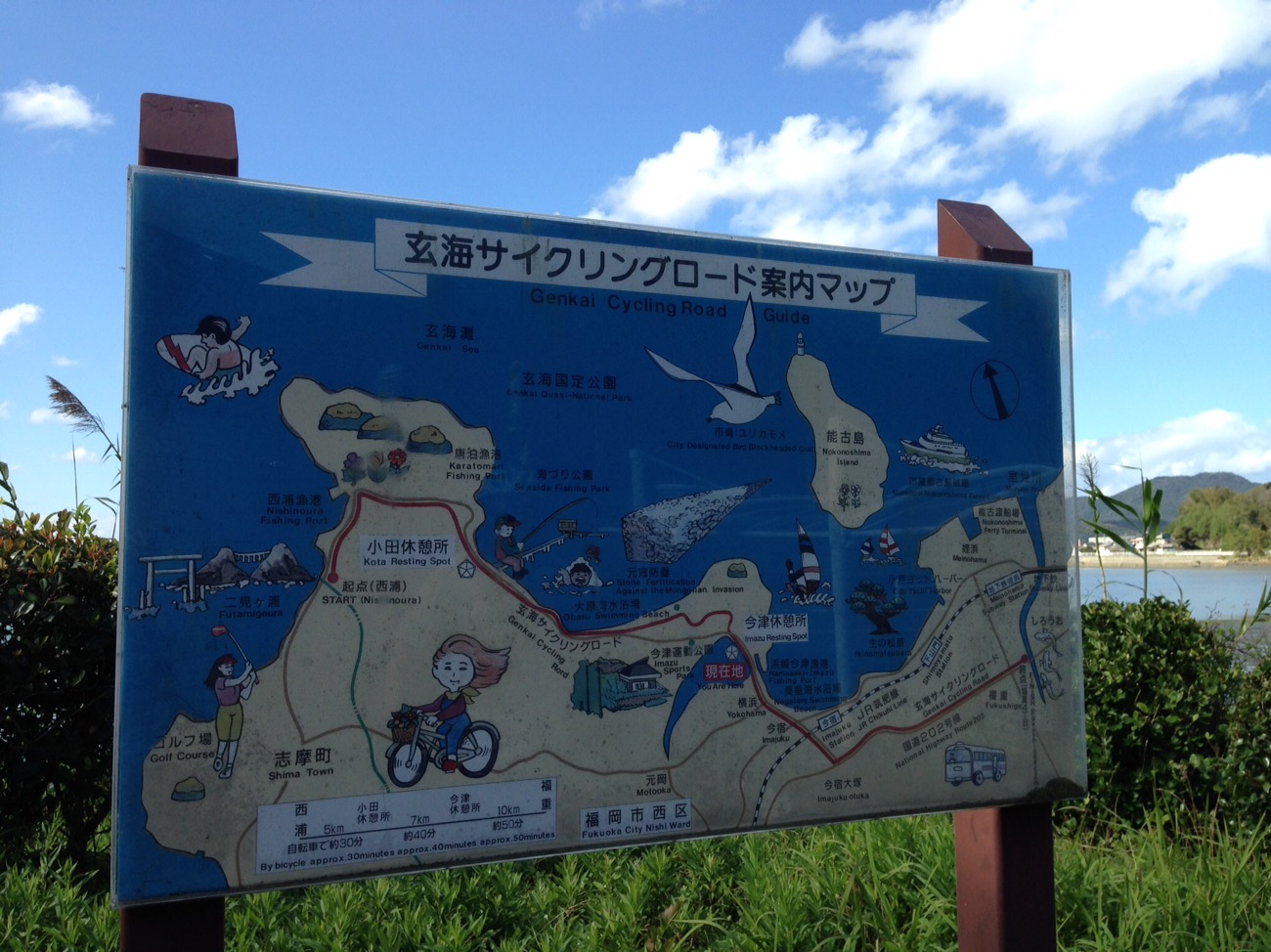 The road signs, however, were in English, and when we spotted a detour to Mongol fortifications, we headed toward it. Miraculously, we ended up on a beautiful cycling path along the coast in a pine forest among dunes! As it rejoined the main road, the cycling route continued, leading directly along the coastline with spectacular views. 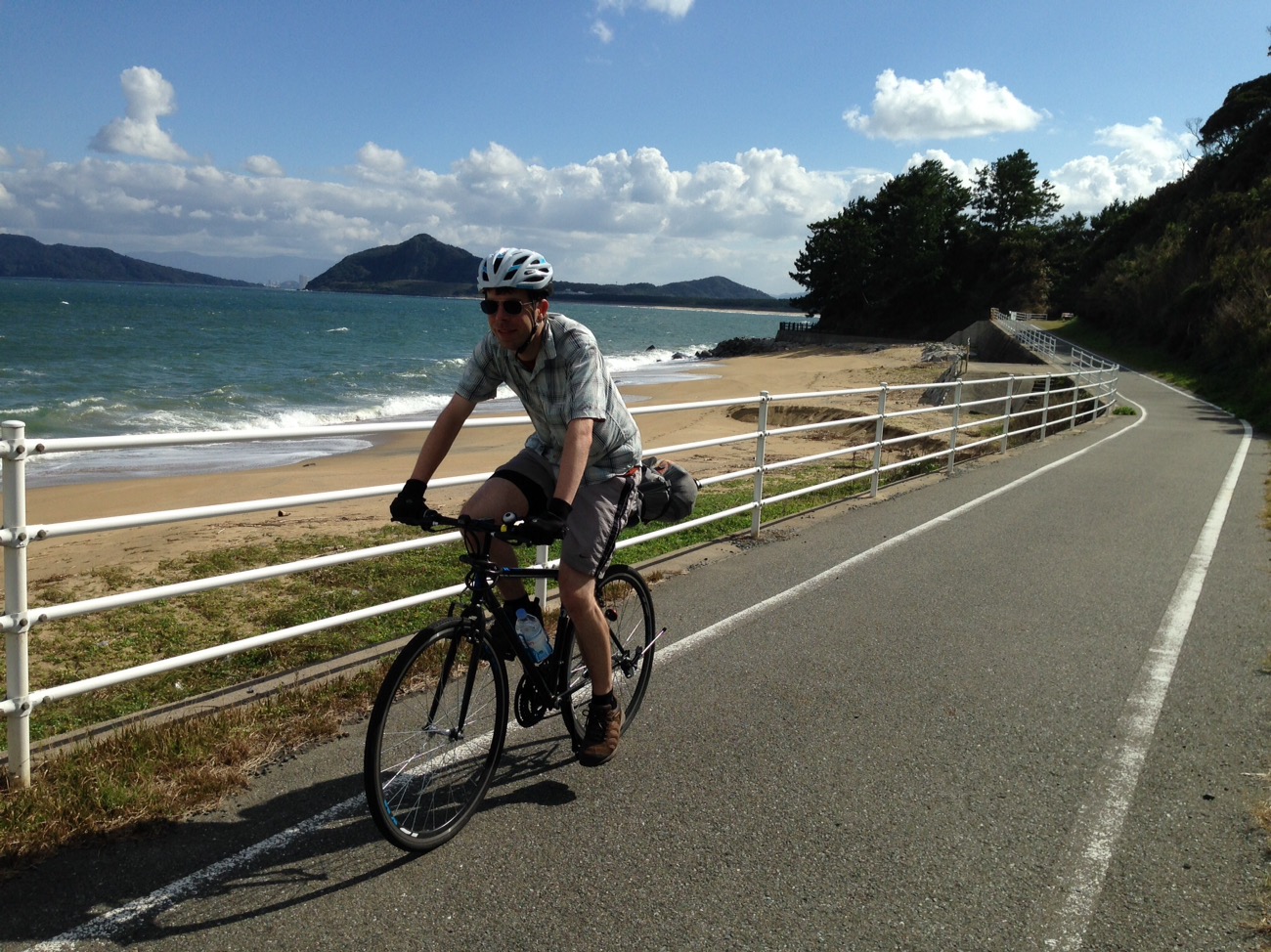 We started getting hungry and, with the miracle of technology that is Google maps, I searched for udon and we found lunch just a block off our bike route with a friendly older woman offering steaming bowls of udon and tempura for $4-8. Mine came with a whole bowl of fried tempura bits to stir into the broth! 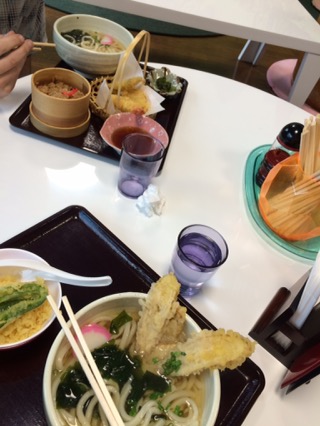 Our ride after lunch was as lovely as before; the bike path ended but for most of the route we were on wide sidewalks designed for biking as well as walking; on a few sections we had to ride directly on the road, but cars were courteous and gave us plenty of room. The coast continued to be spectacular, and we passed through many small towns with lovely Japanese architecture. 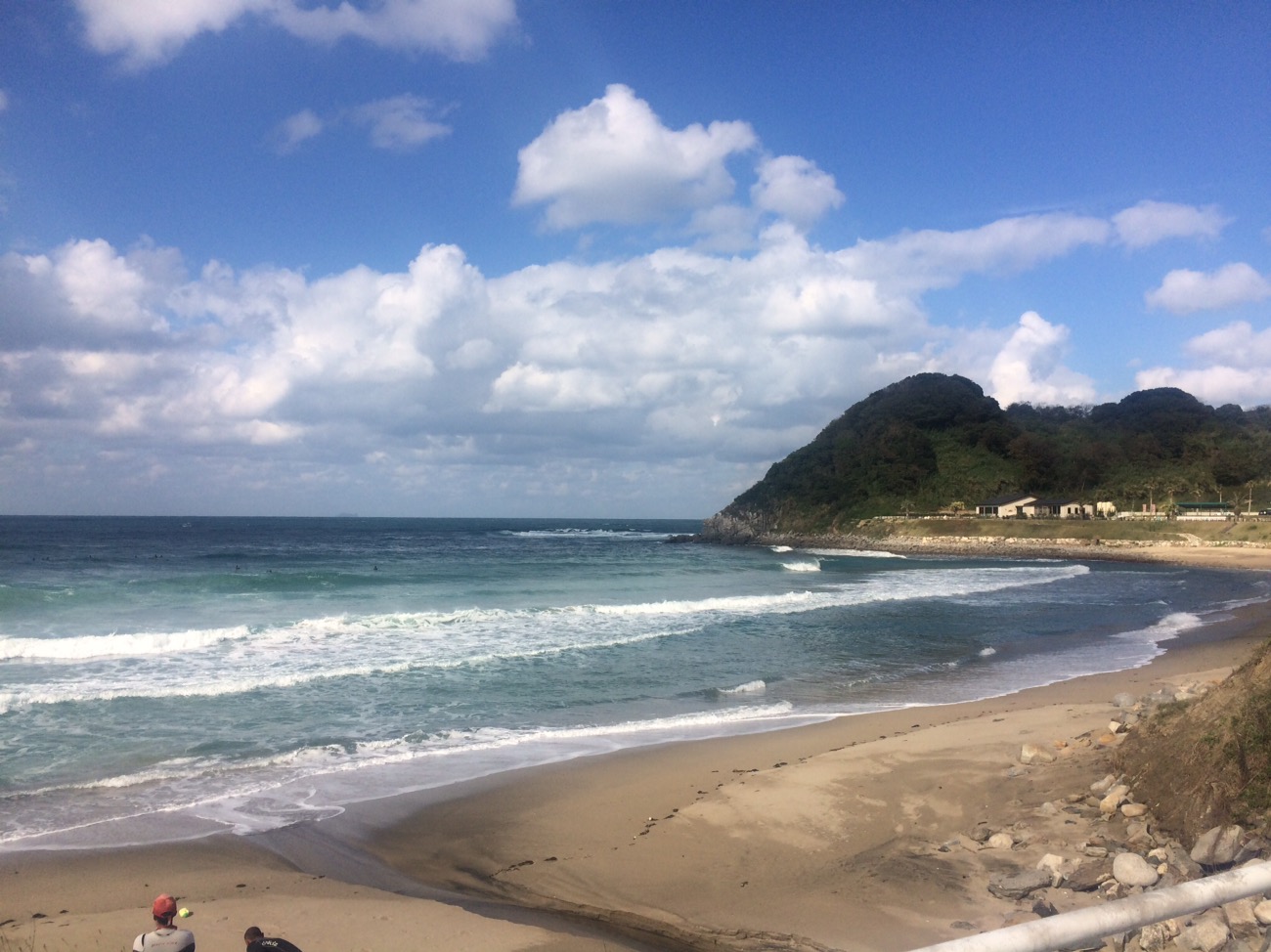 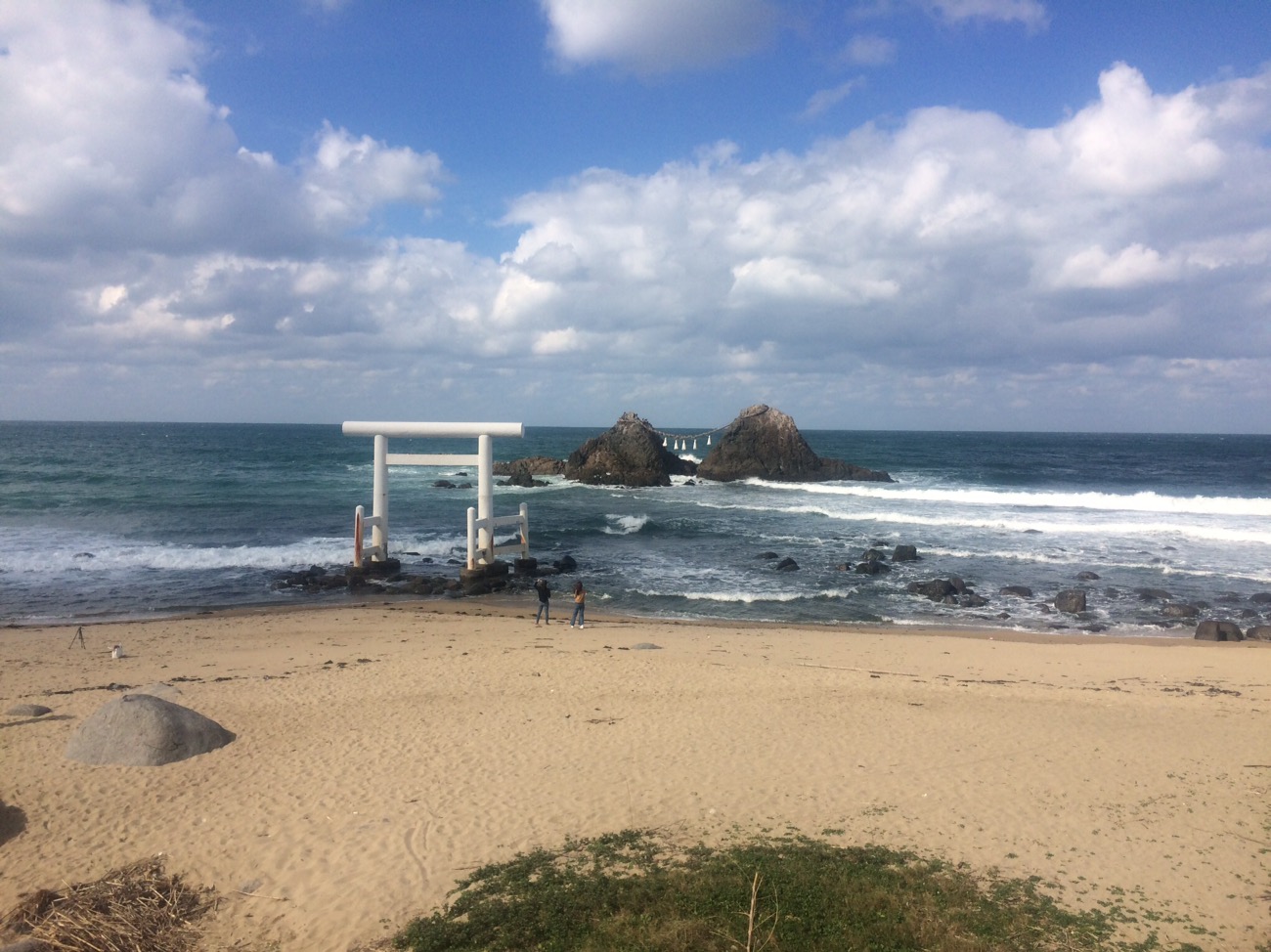 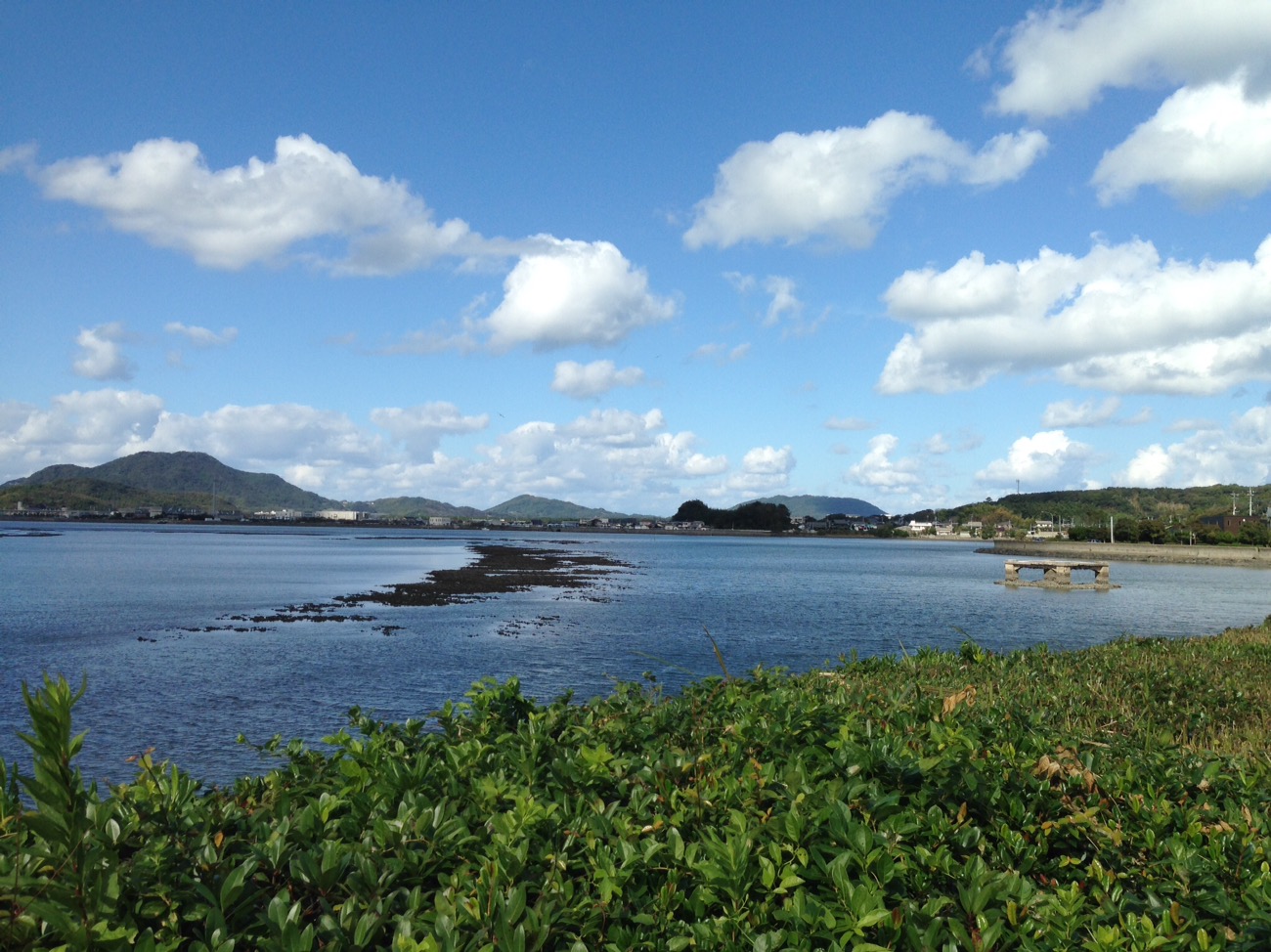 By mid-afternoon we arrived at our hotel in the Niji no Matsubara pine forest just east of Karatsu itself, and perched directly on the beach. Here’s the view from our room:

The pine forest (and the mountains we skirted) are visible looking up the coast: 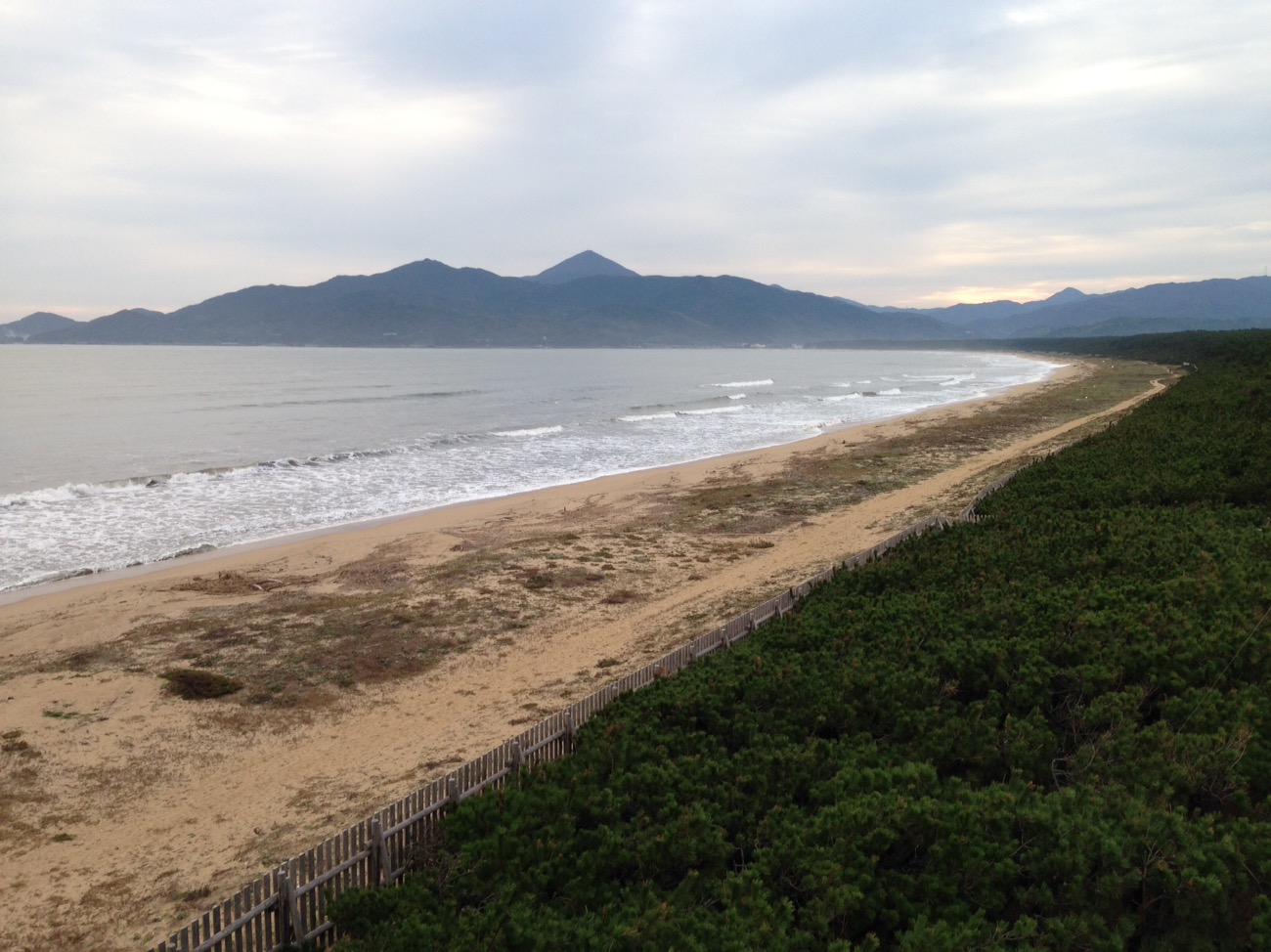 At this point we could use our phones for things other than navigation and checked the election results and became depressed. We wasted an hour moping and then biked into town for dinner and ended up with a 3-course Italian pasta meal, yum! At this point I realized that all my meals since returning to Japan has consisted of noodles, albeit varied ones (ramen, champpon, udon, and now spaghetti in tomato cream sauce). Not that I’m complaining. Also, our ride to town takes us right by the Karatsu castle: 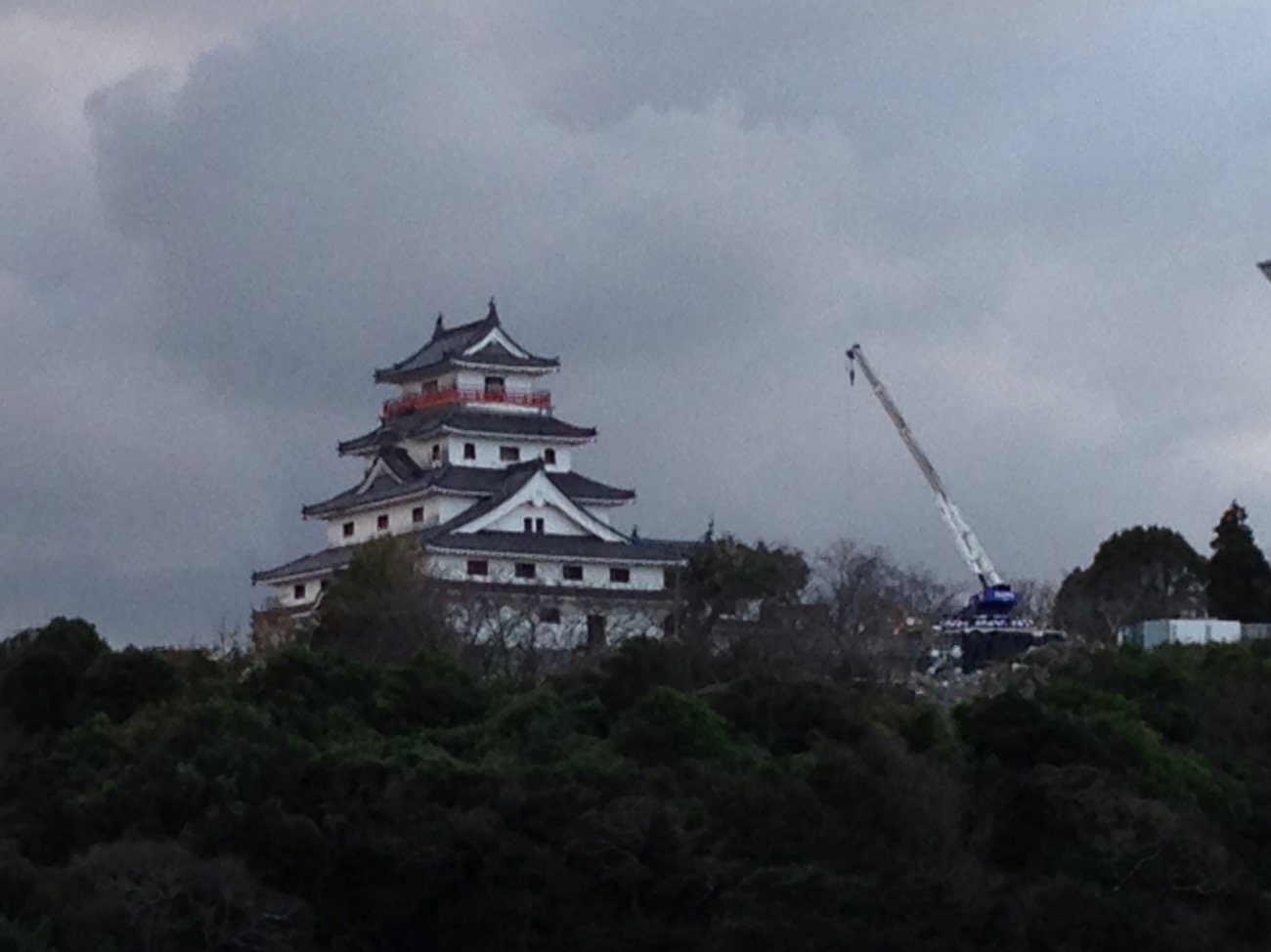 So we headed to bed well fed but distraught at the state of American politics, and ready for another bike ride tomorrow. The forecast called for a 50% chance of rain, though only about 2mm, but I bought rain pants and a raincoat at Daiso for $2 just in case, since my raincoat had been a little leaky.