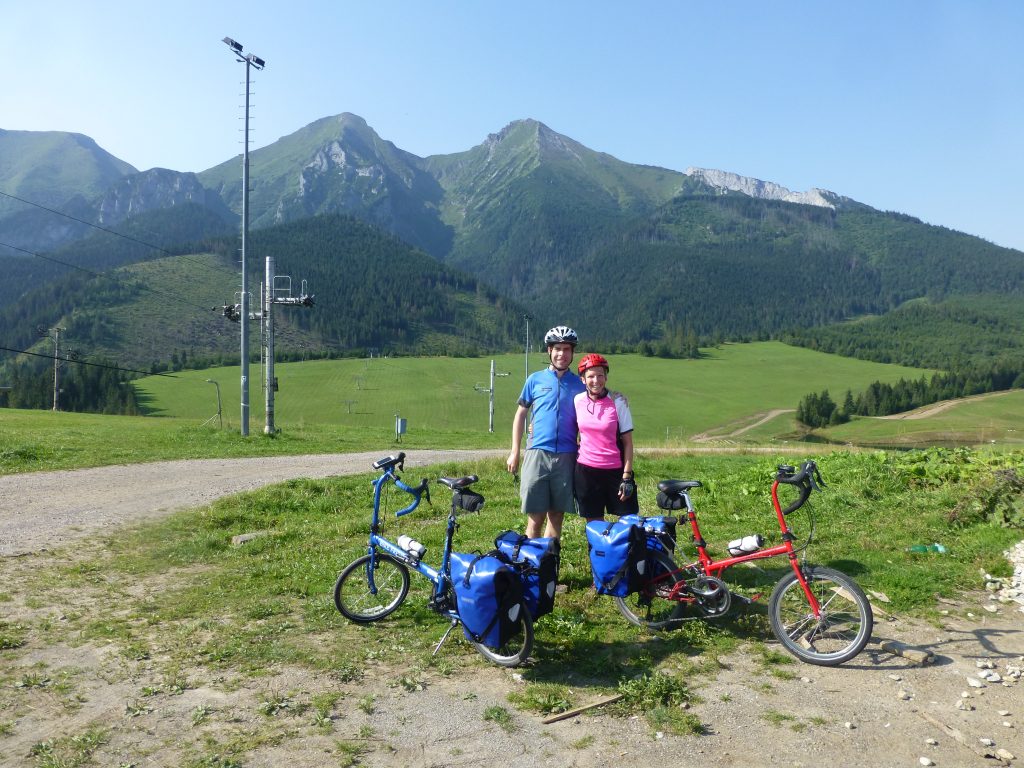 Our day began early, with a 6am alarm and setting out riding shortly after 7 in an effort to beat the traffic headed hiking in the mountains for the weekend. We didn’t entirely succeed – we were passed by dozens of minibuses and private cars driving up to the glacial lake of Morskie Oko, the most famous hike in the Zakopane area – but we were nonetheless glad to miss the worst of the crowds and to beat the heat of the day. Three long uphills and a few downhills and we had crossed the border into Slovakia and descended the other side, passing through a ski resort village and then following a narrow old road converted to a bike route just off the main road down into the valley. 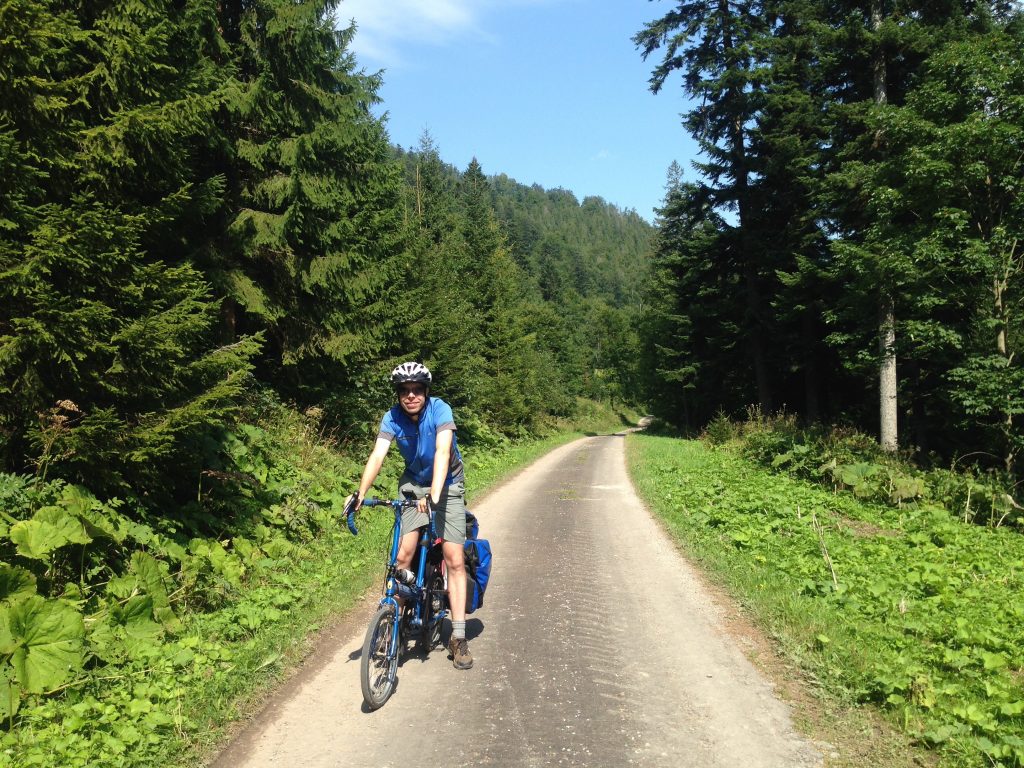 Only a few miles after our side trail rejoined the main road, a beautiful new bike path took us the rest of the way into Spissky Bela, where we stopped for some sightseeing of a beautiful old church and its bell tower. Multilingual signs everywhere let us discover the town’s rich history, like a mathematician who invented lenses used in telescopes and a doctor who treated the Roma and also did taxidermy and archeology and mountaineering in his spare time. 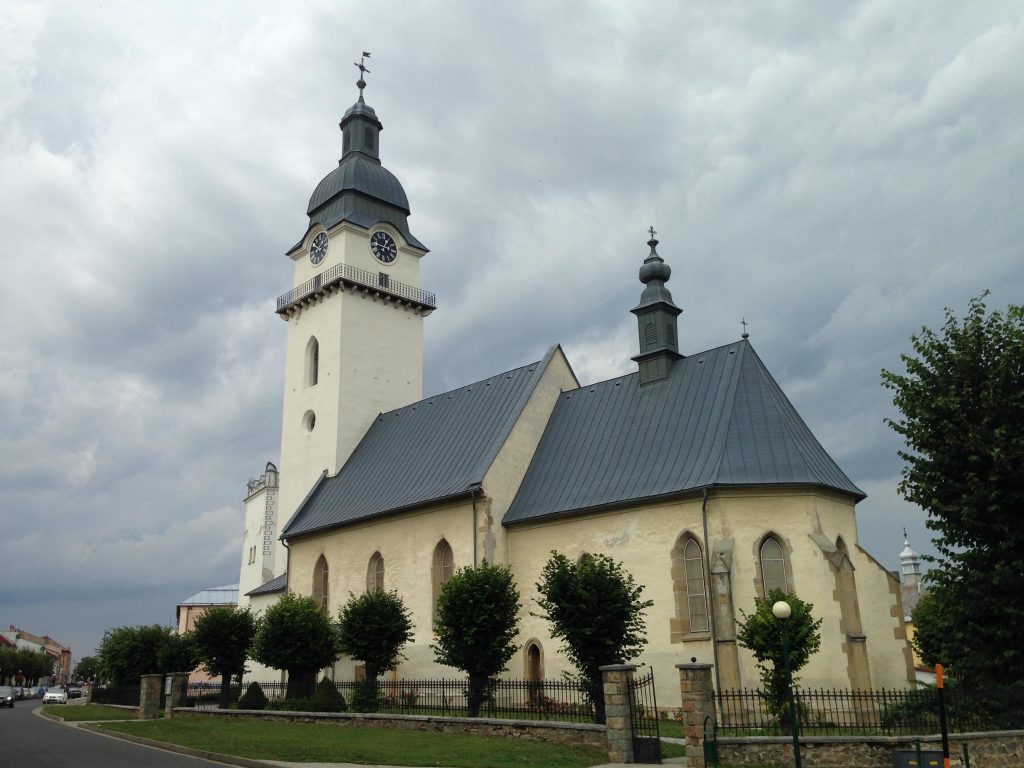 On the road out of town we stumbled on a castle that is now part of the national art gallery. We never did figure out how to get into the actual museum, but we had a lovely stroll through the riverside sculpture garden and a very relaxing beer and lemonade on the shaded terrace in the castle courtyard. 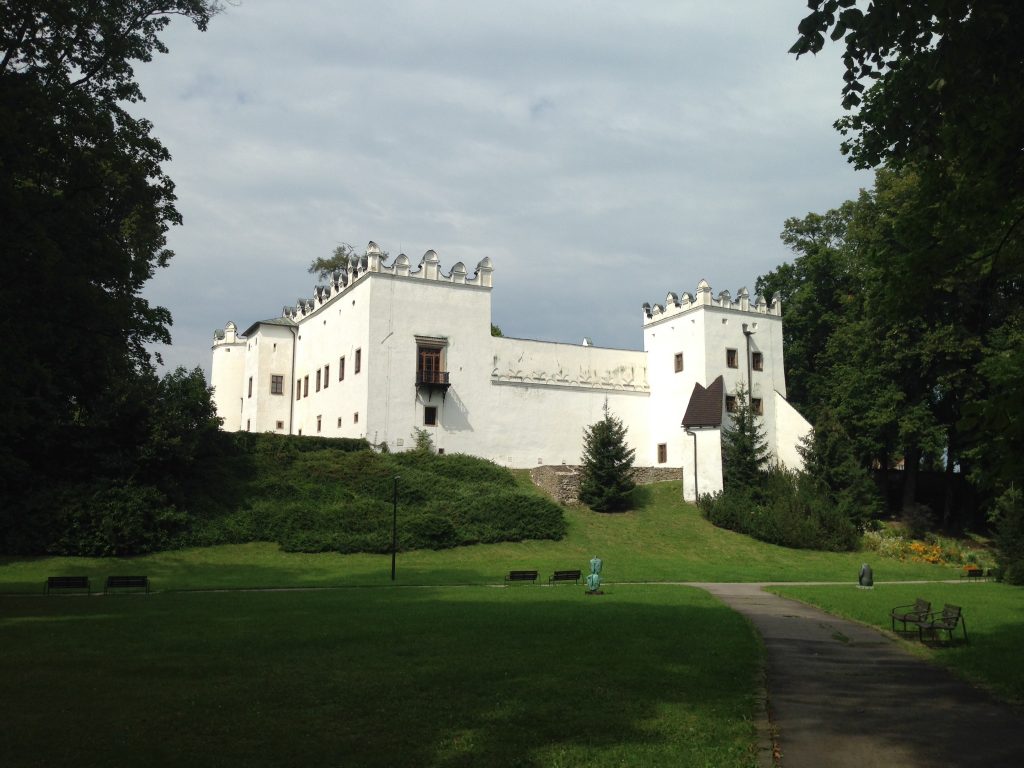 And then our amazing komoot app found that by turning for 50 yards down a bumpy side road we could join a perfectly groomed bike trail, which took us across a suspension bridge and directly to our hotel in Kezmarok. It’s called the Pension Andrea, though Michael insists the name was not a factor in his decision. 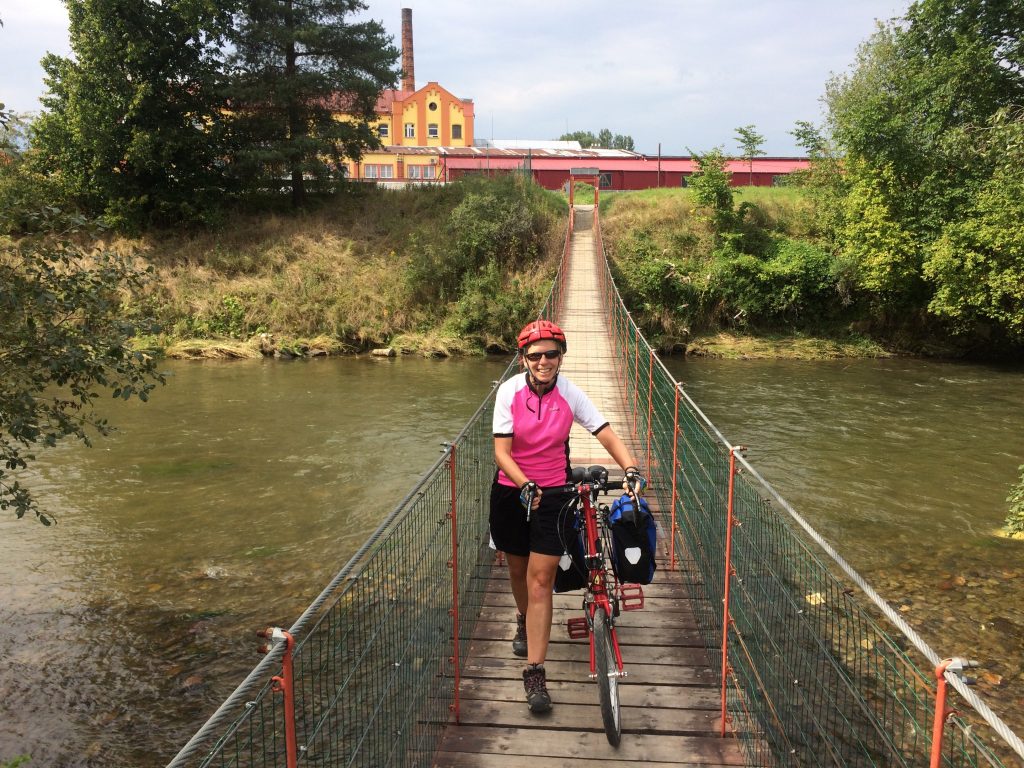 Leaving at 7 meant we got here at 2, giving us plenty of time to walk around town and admire the many historical churches (one designated by UNESCO) and the impressive town castle as well as enjoying 40-cent ice cream cones and picking up groceries for breakfast tomorrow. Dinner brought us the Slovak specialties of pork coated in mashed herbed potatoes and deep fried (yum!) and sheep cheese pierogis with bacon and onion, followed by Nutella crepes. Plus soup and two beers, for $16. I like Slovakia.

Tomorrow we bike to Spis castle, one of Slovakia’s more famous sights. Hopefully tonight’s lighting doesn’t develop into too exciting a storm!