After several days of bicycling in Slovakia, we learned that despite being well-marked and incredibly well-mapped, with bicycle maps of the region posted in every village and even at some isolated intersections, the bicycle routes of the country varied dramatically in quality and pavement type. Our offroad adventure en route to Spis Castle was not entirely an anomaly, and we traversed every sort of pavement, from smooth macadam to single-track dirt paths to grass and gravel as we traversed the eastern part of the country.

Our first day’s adventure was across Slovak Paradise, slowly climbing over a 3,000-foot pass to the southern side of the national park. Trees lined the road the whole way, providing welcome shade as we made our way up the gradual but steady slope, and the descent into Stratena was smooth, with the pavement a patchwork of repairs but nonetheless largely intact.

After dropping our bags at our pension for the night, we biked back uphill a few miles to the Dobšinská ice cave, a UNESCO world heritage site and a very striking one, with layers of ice a hundred feet thick and giant caverns once used for figure skating year round! We were glad to have brought all our warm clothes, though the temperature in the cave was just above freezing. It felt like walking through a glacier, with layers and layers of ice on all sides. Photos weren’t allowed so here are a few from the internet: 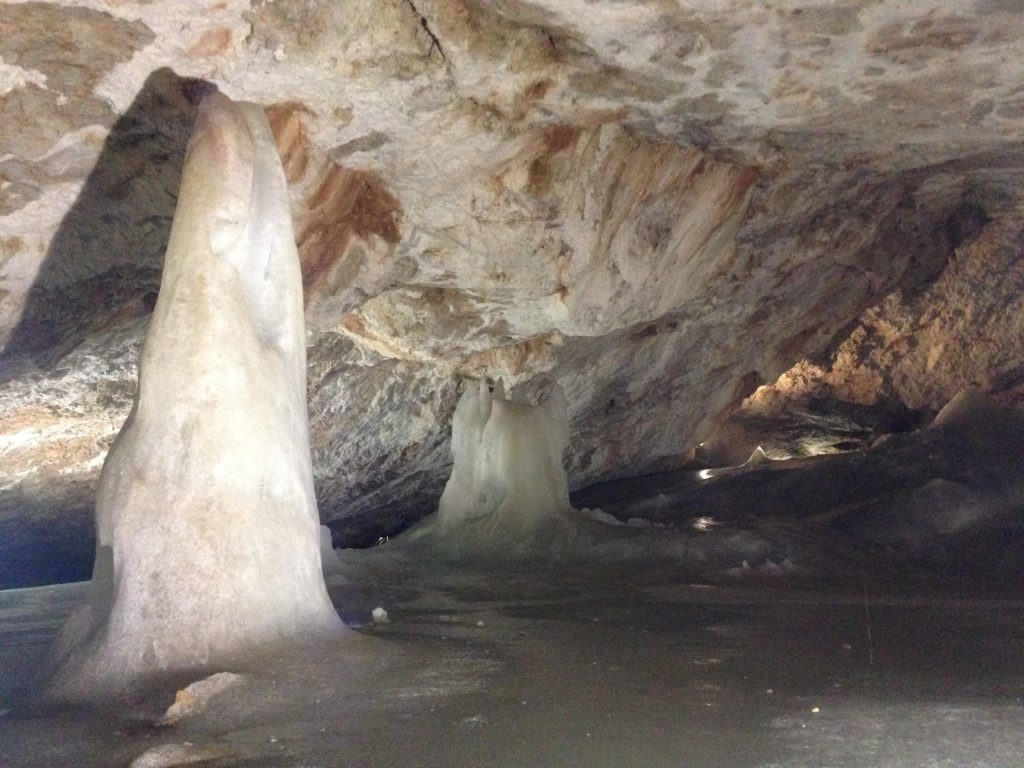 By three in the afternoon we’d finished at the cave and biked back to our hotel, with striking rock cliffs above us at the edge of the Slovak Paradise plateau, and it was such a beautiful day that we decided to strike out on a short hike up to a viewpoint above the hills. We quickly climbed between the cliffs and through the forest to a series of caves and to the top of a prominent rock outcrop with views over all of Slovak Paradise and all the way to Spis Castle. Our hike brought us back out to a section of road we’d biked three times already, an old road built in 1840 but converted to a bike-and-hiking “educational path” when a tunnel was built through the rock nearby. It hugged the sides of a narrow gorge, with eight different bridges over the stream below and placards on geology, flora, and fauna. By 6 o’clock or so we were back at the pension, where we couldn’t figure out how to run the sauna but had a lovely hot shower and a dinner of pizza, kielbasa, and langos, the amazingly delicious Hungarian incarnation of fried dough, usually served with a smear of garlic butter. Pretty much the best garlic bread in the world! 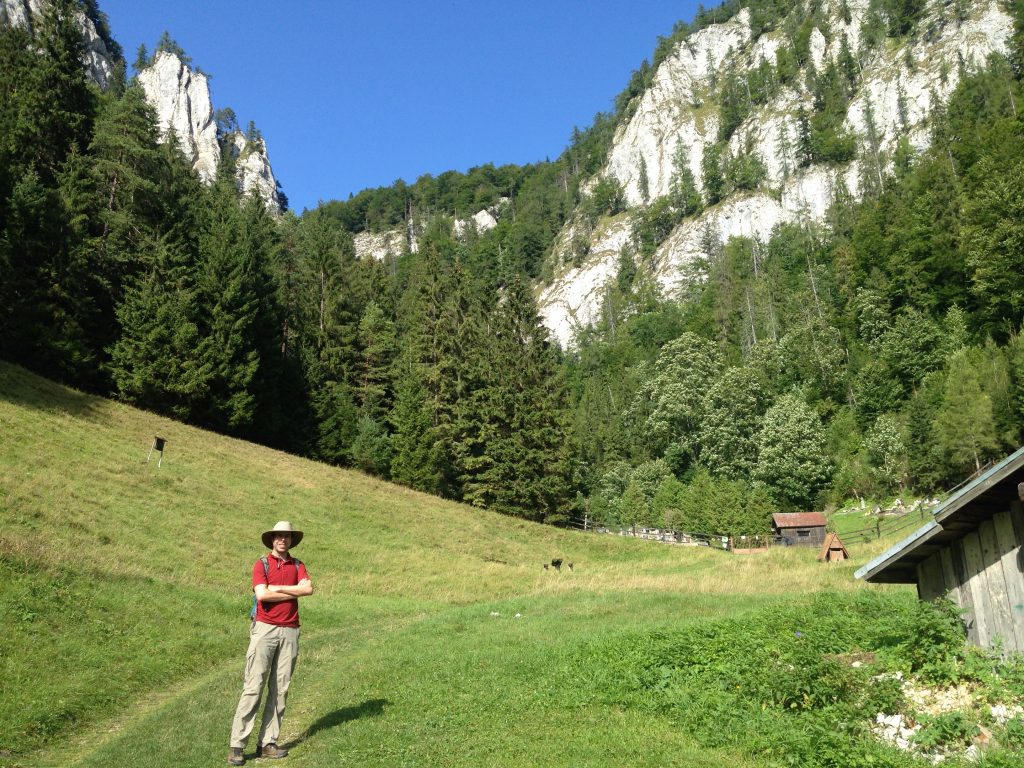 Our next day’s ride took us down a long valley to Kosice, the second-largest city in Slovakia and by far the largest on its eastern side. Beyond the sheer variety of riding surfaces – dirt, grass, rocks – that had been labeled as “suitable for road bikes” on the signs, the valley was a study in contrasts to our riding on the north side of Slovensky Raj: a series of former mining towns ranging from downright poor to just getting by. After one long series of bumpy, grassy dirt roads, we realized that Michael’s pannier had fallen apart, with two of the screws that hold the rack in place having fallen off! Luckily it was a relatively simple fix, but we’re definitely starting to learn about the different things that can go wrong in long-distance bicycling! We stopped for lunch in a field and continued on to Gelnica, where the castle we’d looked forward to was visible above town but largely in ruins, and finished our ride in Margecany, where we hopped on a thirty-minute train ride into Kosice on the nicest train yet: USB ports, outlets, and a screen showing the current and next stations! It was lovely and we enjoyed whipping rapidly through the countryside after hours of bicycling slowly on less-than-paved routes. 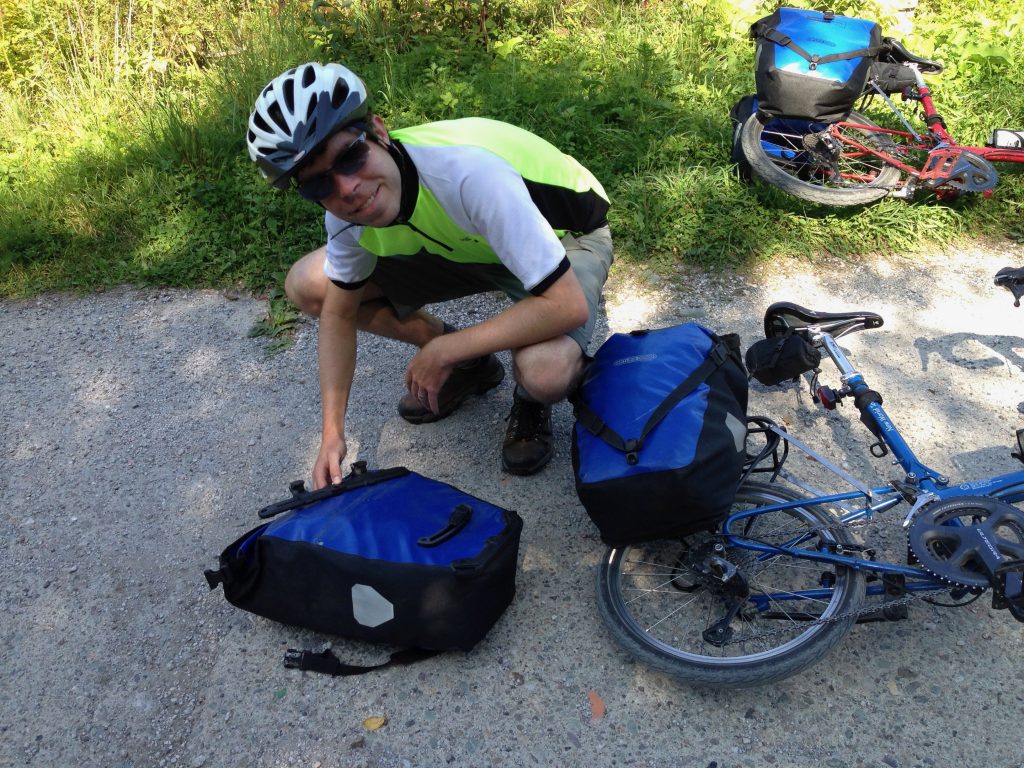 Kosice itself was a lovely surprise, with a beautiful elongated town square boasting a gorgeous cathedral (the easternmost western-style cathedral in Central Europe, according to Wikipedia) and a number of other gorgeous buildings. People were out in throngs, eating ice cream and shopping and visiting a recreated 1918 army train that was on special exhibit. We stopped and had a trdelnik before biking out of town a little ways to our hotel for the night, where we dined on pork schnitzel and blue cheese farfalle and slept soundly.

Our ride out of town the next morning was full of excitement, when we first realized that the route komoot had chosen for us was a glass-scattered dirt trail from an industrial site and then, on rerouting, learned that the bridge depicted on Google maps did not actually exist. Undeterred, Michael mapped out a route along an old cycle route along the river, and we pedaled our way along old dirt roads and a long stretch of single-track to finally reach a road and a bridge over the river!

We passed millions upon millions of dead and dying sunflowers as we climbed out of the valley to Slanec, home of a 13th century ruined castle in the middle of restoration, where we hiked up to the ruins and then paused for lunch at one of what turned out to be a long series of bicycle rest areas on the incredibly nice – and wonderfully smoothly paved – bike route across the border into Hungary.

Once in Hungary, we cycled on quiet rural roads to another castle, this one fully restored and perched high on a hill over the town of Fuzer. 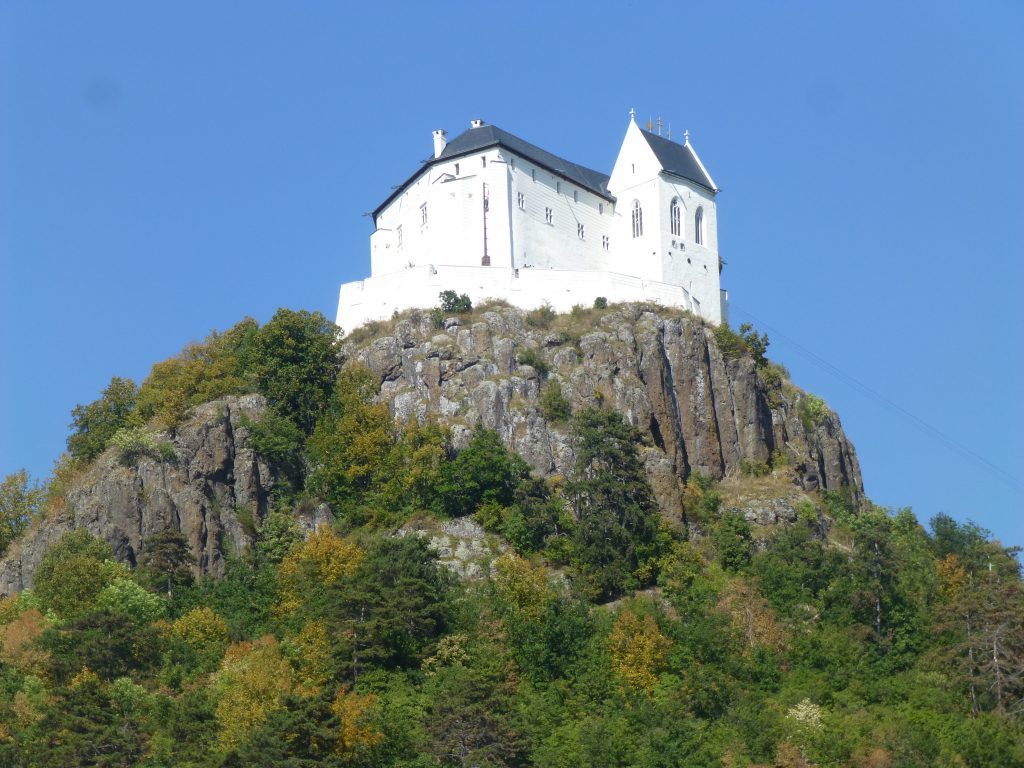 We settled for admiration of the castle from below this time around, and as we cycled southeast we soon found ourselves on an honest-to-goodness rail trail for bicycles, complete with stands for bird watching. It was lovely and relaxing and surrounded by yet more sunflowers. This would have been absolutely gorgeous a month ago, before they started to wilt! We stopped for crepes and beer in Satoraljaujhely before taking another bike path all the way to Sarospatak, our home for the night, where our hotel turned out to be in a beautiful old college building – and had air conditioning, of which we made delighted use. Our dinner involved a treat for both of us – gazpacho and a bottle of an IPA – and we took a short walk around town before heading back to our room.

By now we were entering the plains of Hungary, and it was HOT. We got an early start, with a short visit to the castle at Sarospatak, and cycled on the EuroVelo route on a backroad all the way into Tokaj, the center of the UNESCO-listed wine region we’d visited by car two years ago when I spoke at a conference in Budapest. We took a break from our picnic lunches and ate royally: chicken cordon bleu, a traditional Hungarian pasta of cottage cheese and bacon, and an amazing cold sour cherry soup that struck the perfect note for lunch on a hot day. Most importantly, we looked up whether there was a train from Tokaj to Nyiregyhaza, our destination for the night, and decided to take a nice cool train ride instead of biking along the main road in the hot hot sun. Of course from the train windows we could see that there was actually a lovely paved bicycle path alongside the main road we would have taken, but it had little shade and we were glad to be on the train instead!

Our joy at having taken the train was especially strong when we finally emerged from the Nyiregyhaza train station two and a half hours later, after working with two ticket agents, one information desk, and three helpful fellow passengers who worked as translators, with tickets for our train the following day. It turns out that Michael’s skill at navigating train schedules to figure out which ones accommodate bikes is unmatched – even by the professionals who sell train tickets! They repeatedly refused to sell us tickets, saying that the train would not take bicycles, even as we pointed out that the schedule said it could carry bicycles internationally

(although not domestically) and showed a
diagram of the train layout that was posted on the station wall. Eventually – somehow – they said, “oh wait, maybe it’s possible!” and spent ten minutes on the phone and then another fifteen sorting out the tickets with things like our full home address. And now I am writing this from the train into Romania, where we managed to obtain seat reservations and bicycle reservations and now have our bicycles safely stowed in a bicycle car — where they are the only bicycles because no one can figure out how to actually sell the tickets for them! We feel victorious. 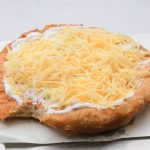 Also I managed to eat langos two more times in our 36 hours in Hungary, so life is good.

We ride the train all day today to Cluj-Napoca, Romania, from which we will head out on a six-day bike adventure after one day of rest. My sense is that we’ll go further along the spectrum away from Germany’s impeccable bicycle infrastructure, past Slovakia’s incredible network of bicycle paths that just sometimes could use some grooming, to a series of unmarked dirt and asphalt roads, but we’ll see! We’re excited to discover Transylvania — and we hope to have equal (or maybe even greater) success in buying our next round of bicycle train tickets …