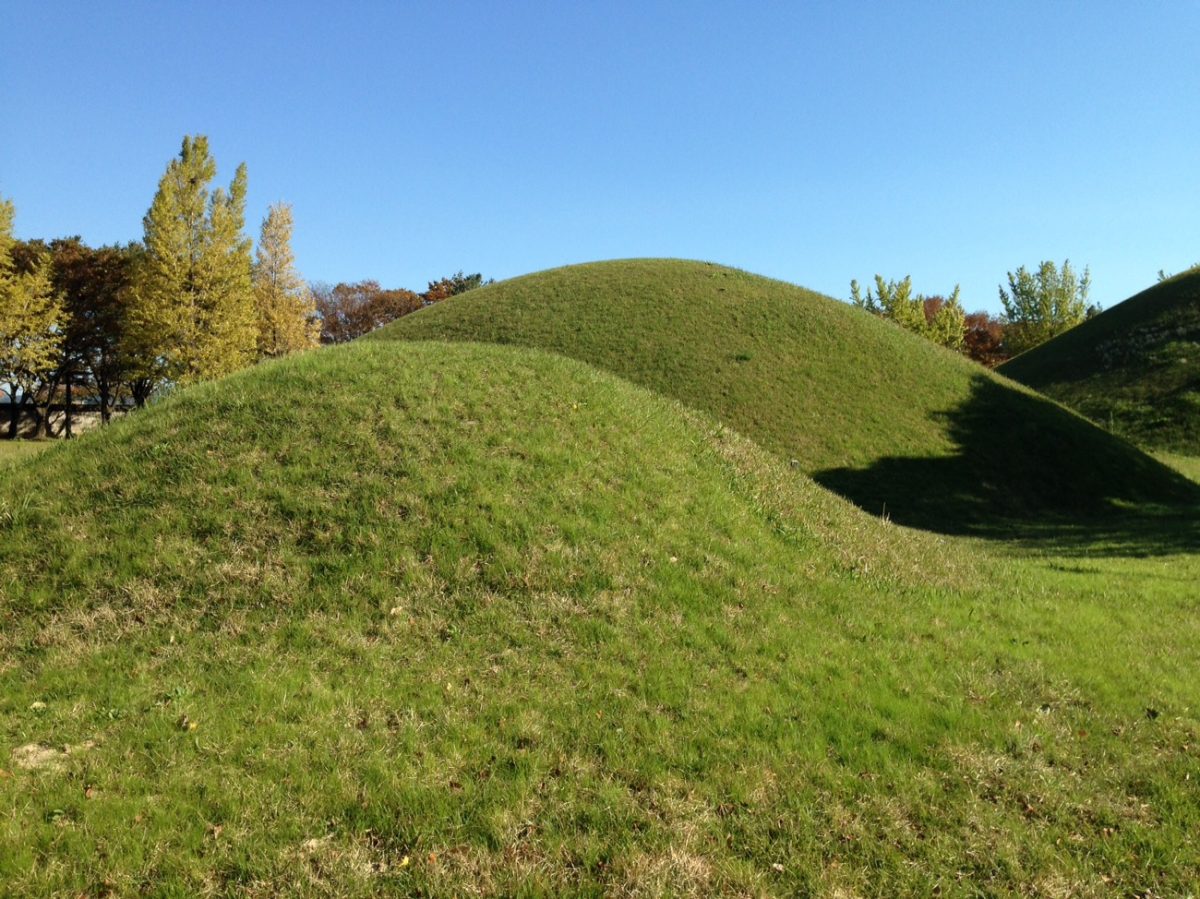 We didn’t know exactly what to expect in Gyeongju, which we’d heard described as an “open air museum.” Our bus arrived at midday, so we checked into the Apple Motel ($27/night *and* great reviews!) and then headed out on our bikes in search of both historical sites and lunch. But first we found neither: just a guy at a cart selling cinnamon sugar rice cakes fried in butter for $1 apiece. I waited patiently in line for a disk of delicious gooey goodness. 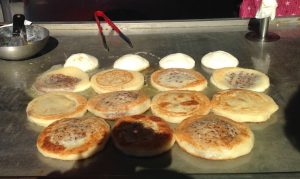 It turned out his cart was just the start of a huge and dense market, with vendors selling everything from fresh and dried fish (the latter arranged by size) to baskets of fresh fruits and vegetables, wide assortments of shoes and hats, and freshly cooked foods. We had lunch at one of the stands with a seating area: homemade noodle soup and two huge rolls of gimbap for $6. 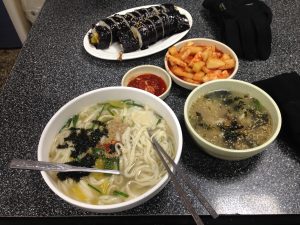 As we headed back south toward the historic area marked on the map, we noticed a large grassy mound just behind the stores on the busy street we were biking along, and headed that way. Turns out there are so many royal tombs in town that they have several blocks of tombs in a central park right in the middle of downtown! We explored briefly – it’s not every day you stumble upon tombs from the 5th century – and then hopped back on our bikes to tour the broader area, with visits to more royal tombs (including one you could go inside), an ancient observatory, and a reconstructed hanok village.

We even stumbled on a temple with impressive guardians: 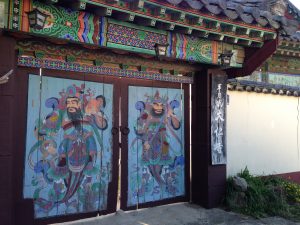 By late afternoon we wound our way back to our motel and took care of some logistics – we now have ferry tickets back to Japan, and we voted … via email, which seems kinda sketchy, but awfully convenient. Hooray for the King County elections department.

I forgot to mention that the weather now has taken quite a turn for the chilly side – days in the high 30s for the most part, and we’re starting to bundle up in our winter clothes and even use the electric blankets at the hotels. So when we debated whether to eat at the night market or in a real restaurant, the latter was the clear favorite. But as we walked by the night market, we decided to take a look at its selection — and ended up getting tempted by its array of stalls. From delicious Korean interpretations of latkes and crepes to spicy marinated grilled pork and a crazy concoction of pulled pork, cheddar cheese, pickled jalapeños, and waffles dubbed a “waffle burger,” we had a very tasty and inexpensive dinner. Oh, and 3 skewers of chicken livers for $1, I could have eaten those forever. 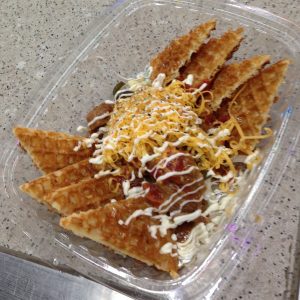 Tomorrow we will do a longer bike ride to an outlying temple, Bulguksa.