After a day in transit (ferry from Jejudo to Wando, bus to Gwangju and on to Daegu), we spent the day Tuesday at Haiensa, one of the “jewel temples” of Korean Buddhism. Nestled in the hills, it’s a gorgeous temple that also holds the Tripitaka Koreana, a set of thousands of wooden blocks in which the Buddhist scriptures were painstakingly carved back in the 13th century. We very much enjoyed wandering around the beautiful setting and wondering about monks’ lives there hundreds of years ago, though the Tripitaka Koreana itself is well preserved inside buildings that don’t allow visitors.

From Haiensa we set out upward to hike to the highest peaks in Gayasan National Park, which sounds ambitious, but was a relatively short 3-hour trek, albeit with a lot of uphill. Views from the top were hazy, but it was nice to make the most of our day at Haiensa.

That said, I have to leave you with a photo of Haiensa itself: 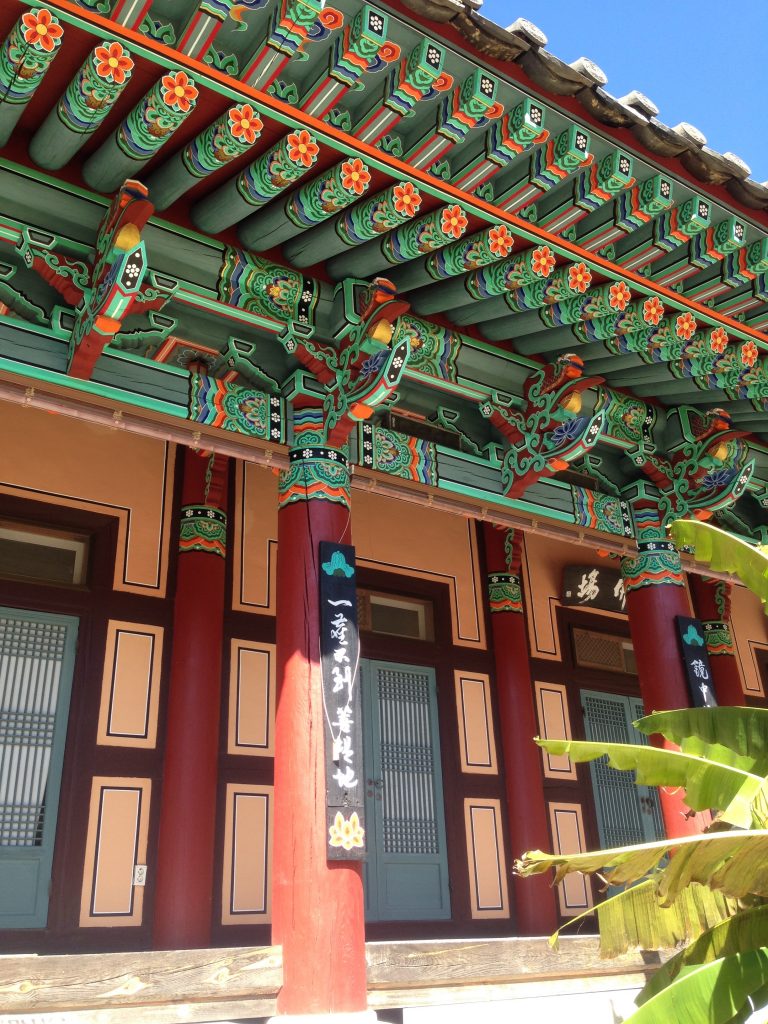 1 thought on “Heavenly temples at Haiensa”