I know, I know, we left you in Romania and now I’m talking about Albania. We finished our biking in Fagaras and spent the next three days in transit: first a 9-hour train ride to traverse 400 km in Romania to Timisoara (yes, Romanian trains are slow) and then a series of trains to Belgrade and onward to Podgorica. The largest hiccup was that the train from Romania to cross the Serbian border turned out to have been discontinued in August, so we had to take one train from Timisoara to a town near the border, then bike as fast as humanly possible across the border to catch the last train of the night to Belgrade. But we made it, had a rainy night in Belgrade, and spent the following day on a train into Montenegro.

In Podgorica, we met up with my parents, who’d flown in from Santa Barbara, and then headed out the next day across the border to Shkoder, Albania, where we spent the night and then took a shuttle up into the mountains on a winding semi-paved road. After two hours’ drive, we climbed out of the shuttle and onto a waiting ferry for an absolutely spectacular ride across Lake Koman. The steep, rugged mountains descended all the way to the lakeshore. I took way too many pictures! 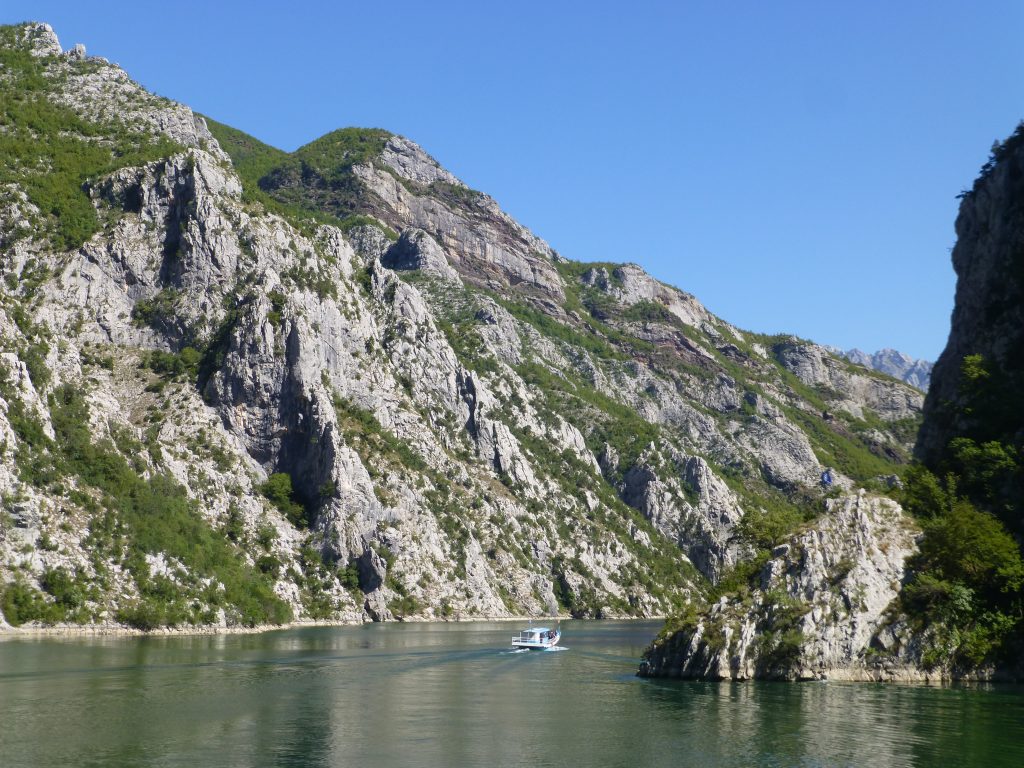 At the other end of the ferry, we hopped onto another shuttle that dropped us by the side of the road, from which, in theory, we could walk to our night’s accommodation, a rustic homestay in the tiny village of Dragobi. After asking a few locals, we managed to find Fariz’s house, where we settled into a surprisingly comfortable night after going for a short hike up the side valley and then sharing dinner with Fariz himself.

Next we set out on our three-day loop hike, first along the river and up a gentle incline to our next night’s homestay, and then more steeply up and over a mountain to a sheep farm where we spent the following night. The weather was perfect and the scenery was stunning, with rugged mountains and alpine meadows framed by stony peaks. Our hosts fed us well, almost exclusively with food grown on their own land or milked from their own sheep and cows! 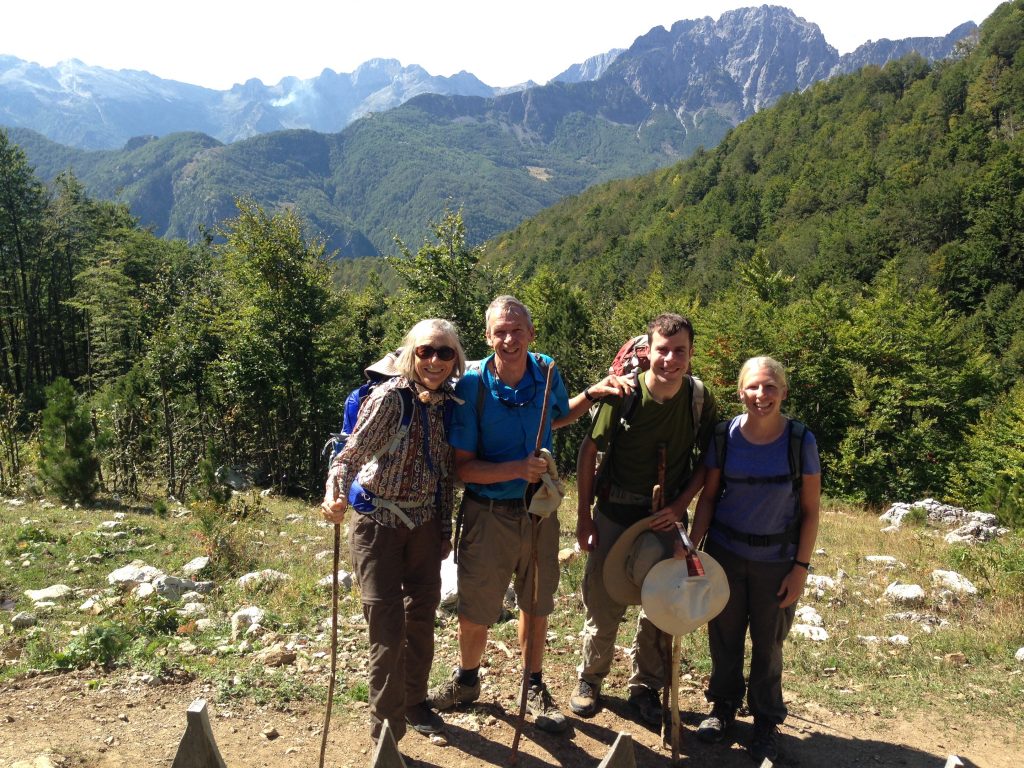 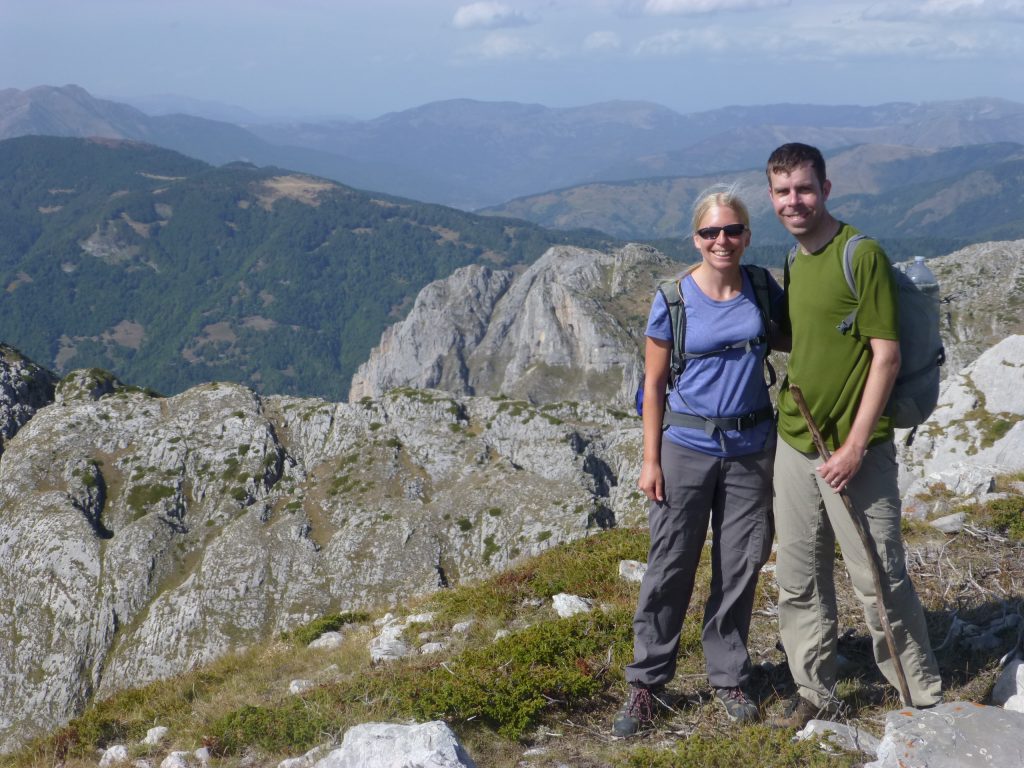 We had a comfortable night in a regular hotel in Valbona before setting out on the hike that brings thousands of visitors to the area: the hike up over the pass from Valbona to Theth, covering on foot a span unconnected by roads, through spectacular mountain scenery. The walk was easier than expected, and we arrived in Theth by 2 in the afternoon for a relaxing evening of reading and watching the clouds roll in for a nighttime thunderstorm. We’d really lucked out on the weather for our hikes! 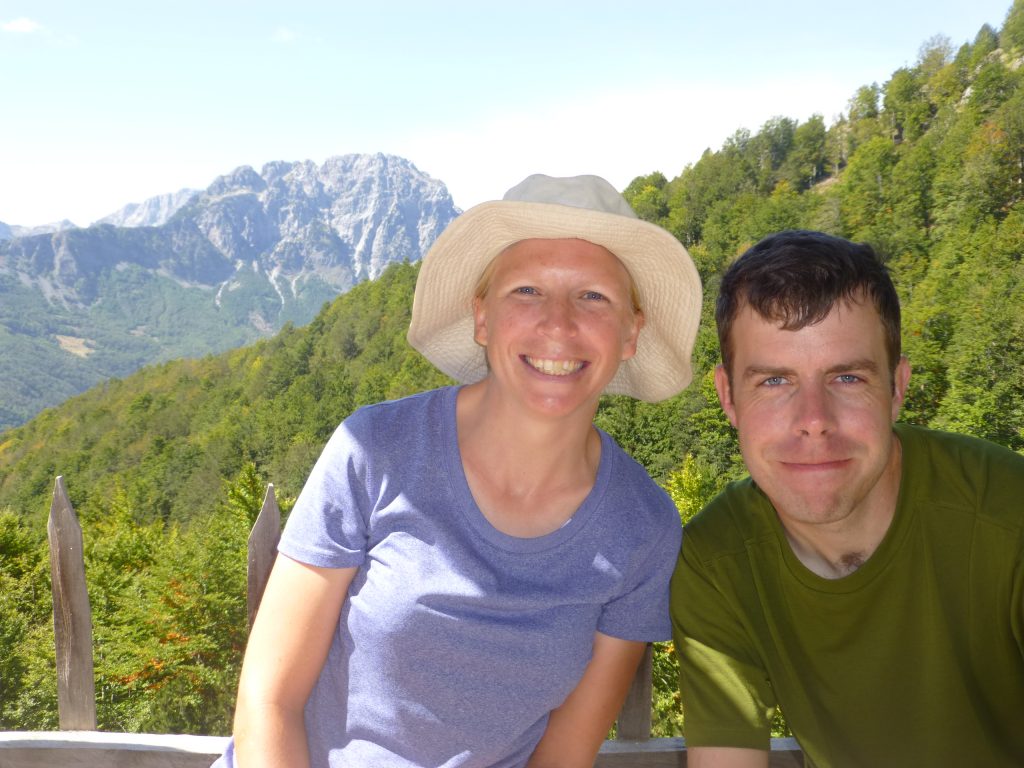 From Theth we chartered a 4WD taxi to take us up the rutted, rocky road out of the valley and then on increasingly well-paved roads back to Podgorica. In the end we had four days of hiking and 6 nights away from our base in Podgorica, from which we’d head out the next morning for a week of driving through the Albanian countryside. My parents were a bit under the weather, but Michael and I still felt healthy as we did the grocery shopping and ate a tasty Italian dinner.

1 thought on “Hiking the Accursed Mountains in Albania”