I know, you’ve been dying of suspense since our last post. Would we and our belongings ever dry out completely? Would our bikes still be there in the morning? Or would we think better of our biking obsession and become normal visitors to Japan?

Well, you can cross the last one of those off your list of possibilities. We deciphered the bus schedule just enough to ascertain that buses to our destination probably left between 7 and 8 am or after 9:30 am, and not in between, so we had an early morning (and, being unable to accurately describe our destination, and being the only white people ever to ask about going to the Genkai high school) but ended up finding our bikes just where we had left them and having mostly dried overnight. Hooray! The same could largely be said of our gear, with the exception of my (waterproof!) hiking shoes on which some overzealous hairdryer action melted the insole … Oops. On the bright side, the early start made for nice views of Karatsu castle at sunrise. 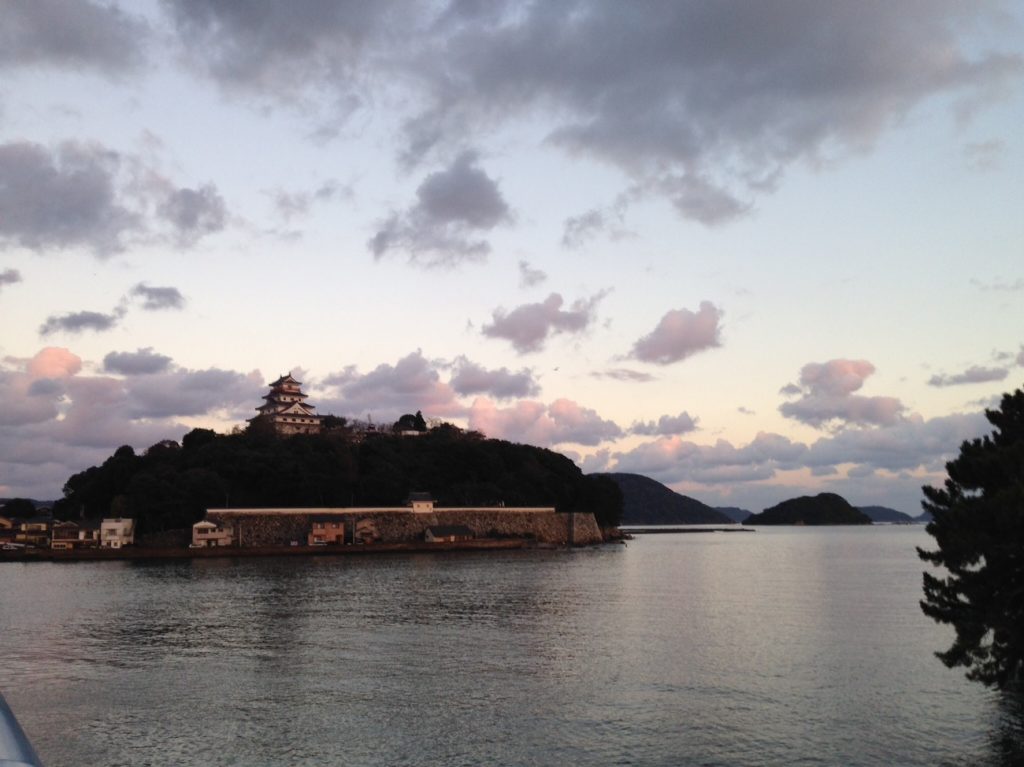 And so we had two more lovely days of biking around Karatsu (lovely coastline, with rolling hills and beautiful views, but you’re getting sick of hearing about that by now I’m sure). Highlights included fortifications against the Mongolian invasion in the 13th century and a very unusual take on tacos, with fried Baja-style fish as well as ground beef with taco seasoning, zucchini, broccoli, and unmelted slices of cheddar cheese. They were actually surprisingly tasty. 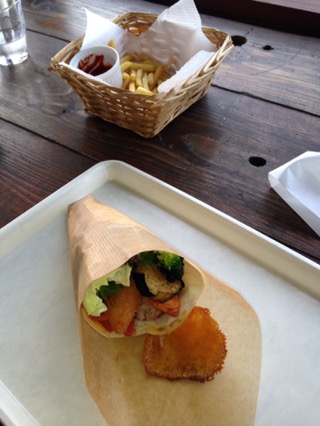 Oh yeah, and we went back to the view of the rice paddies (up a steeper hill than we remembered, but we mostly appreciated being warm and dry): 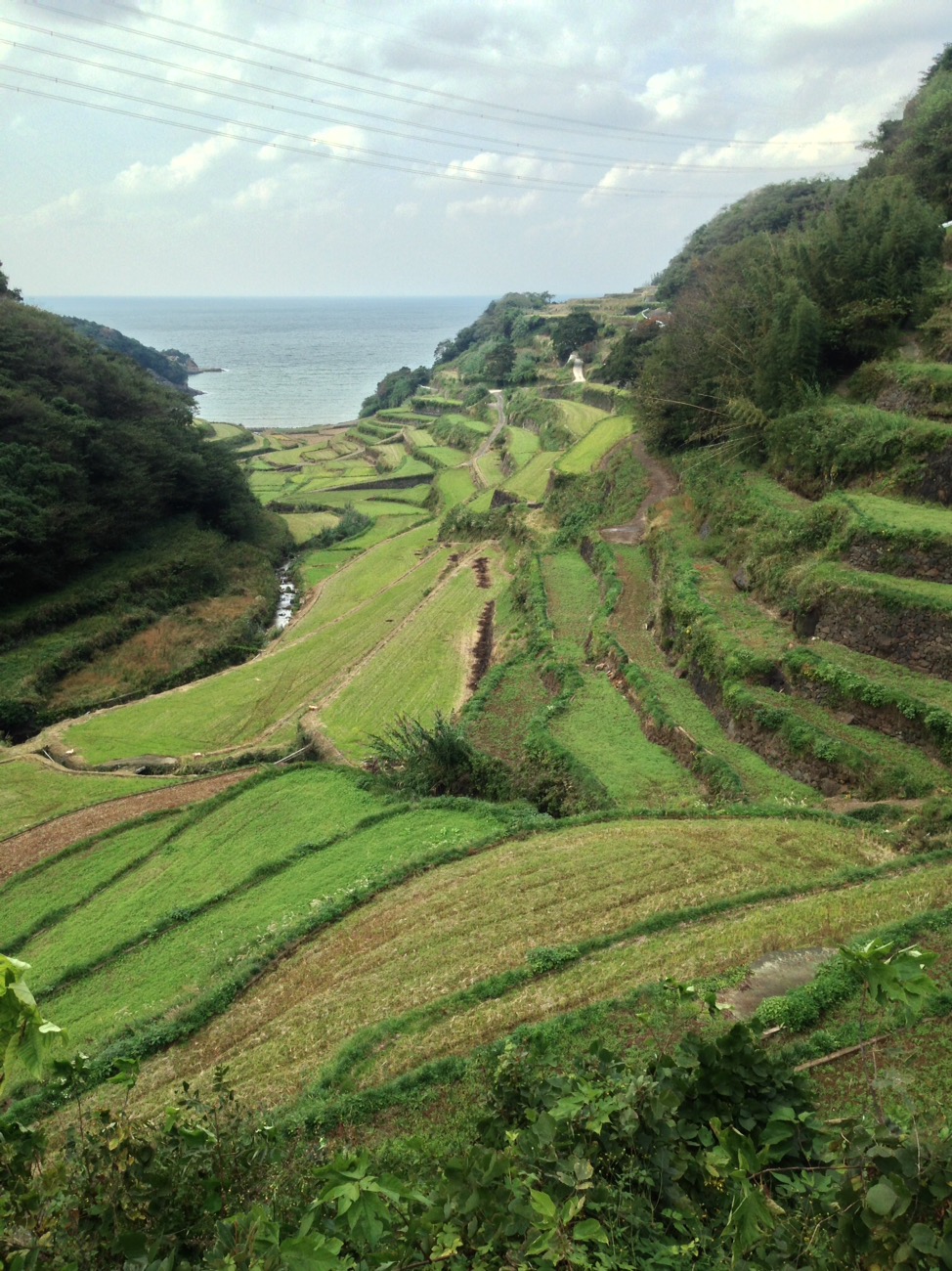 Plus some great views of the coast: 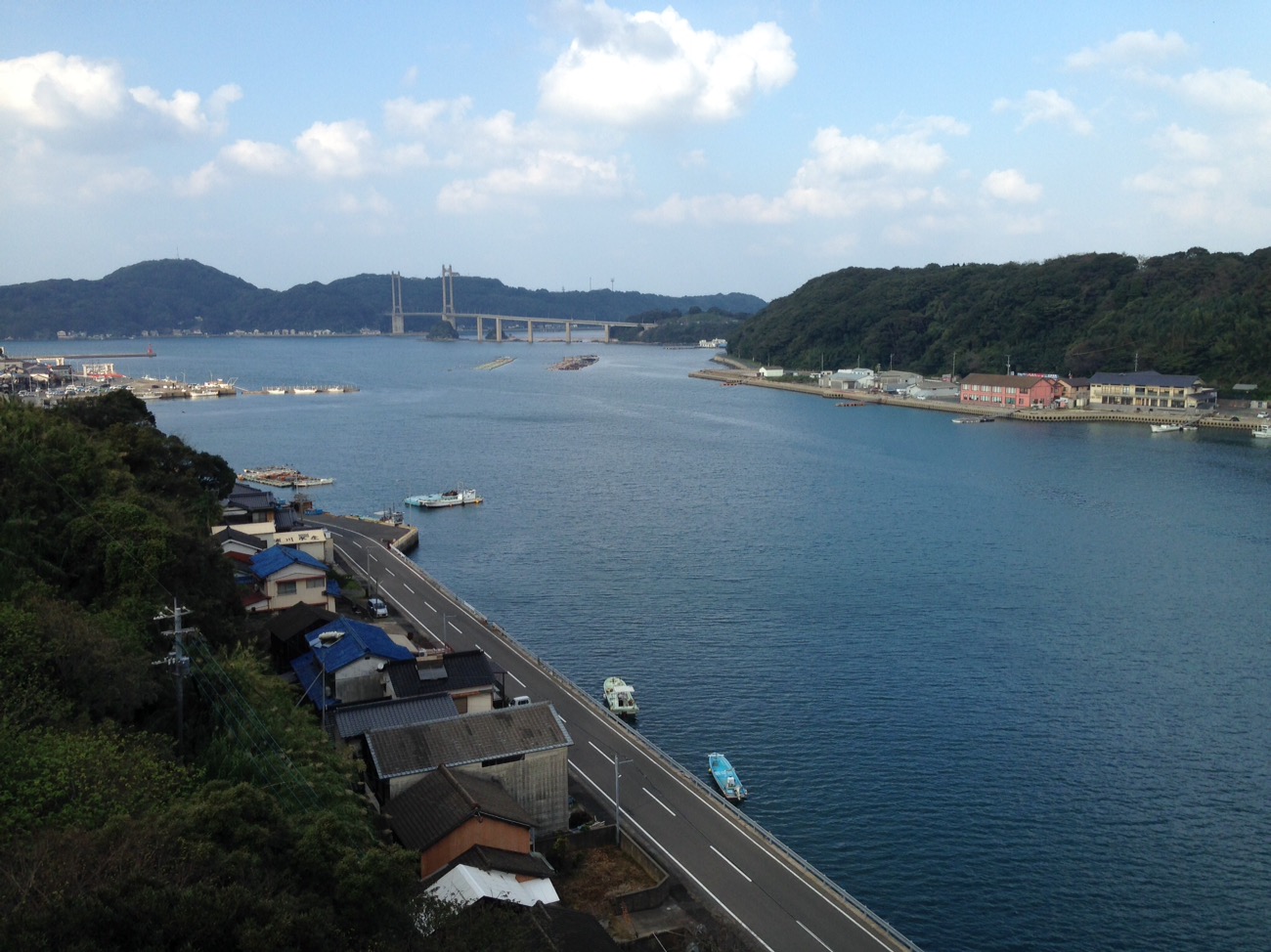 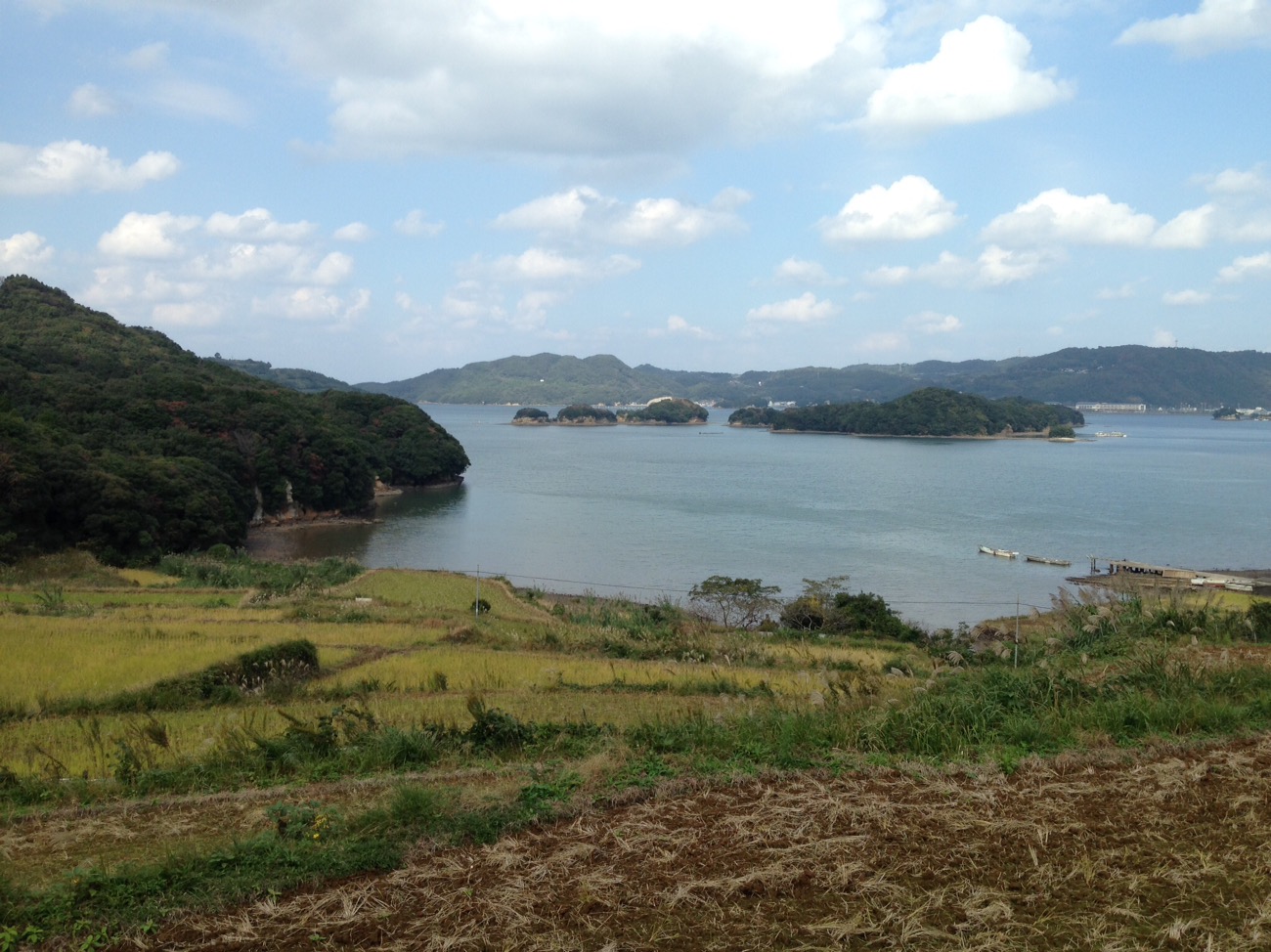 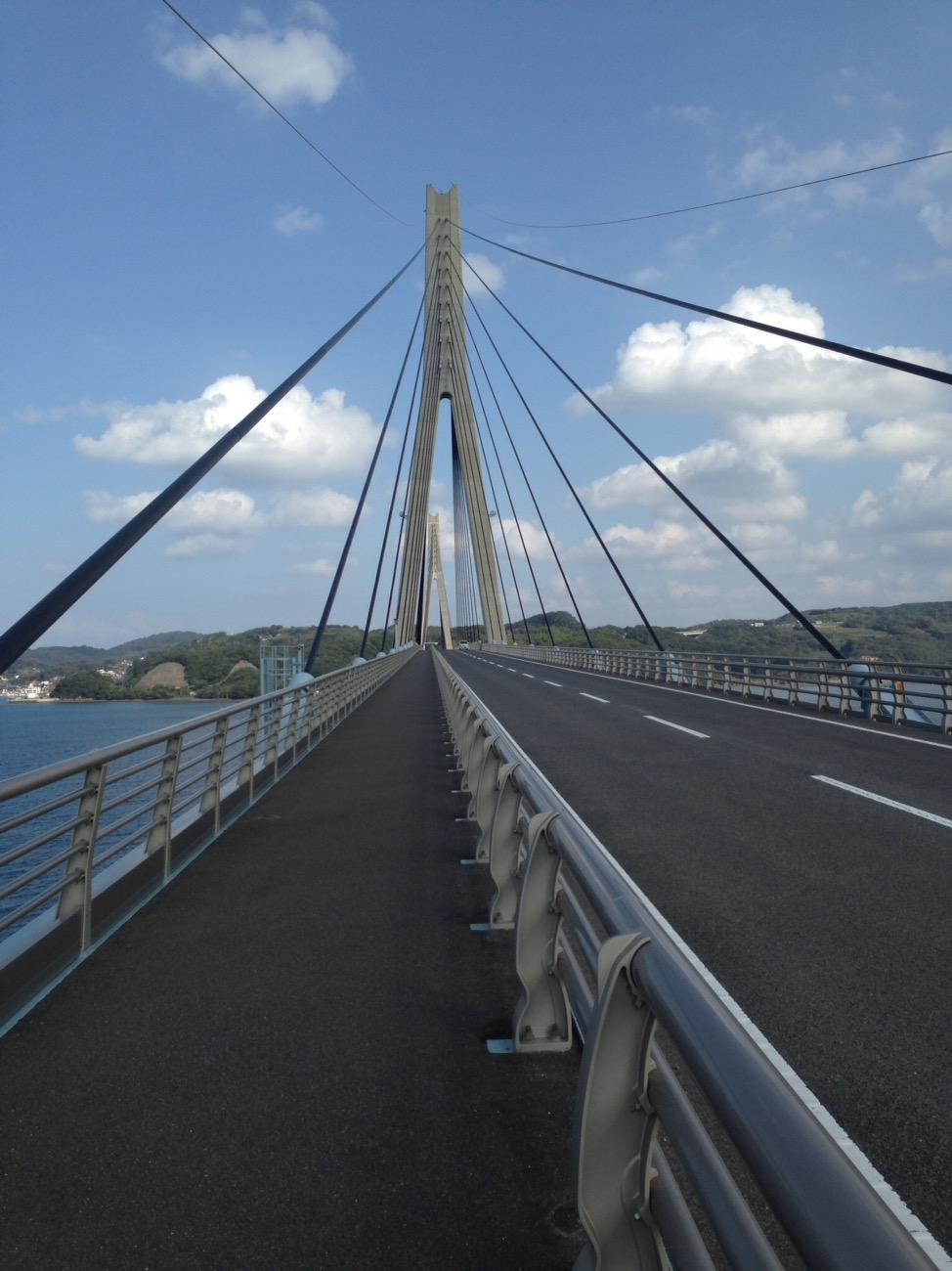 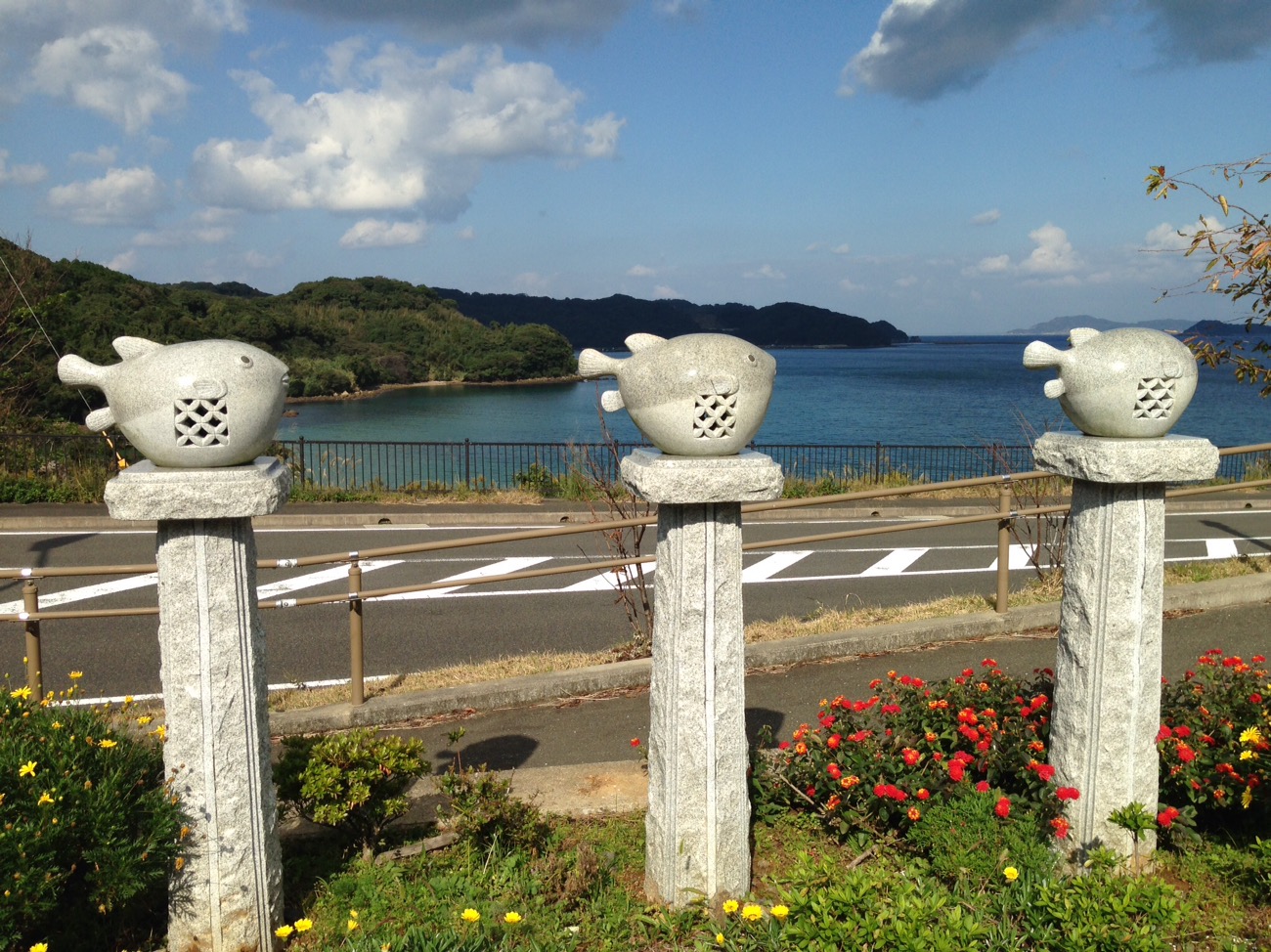 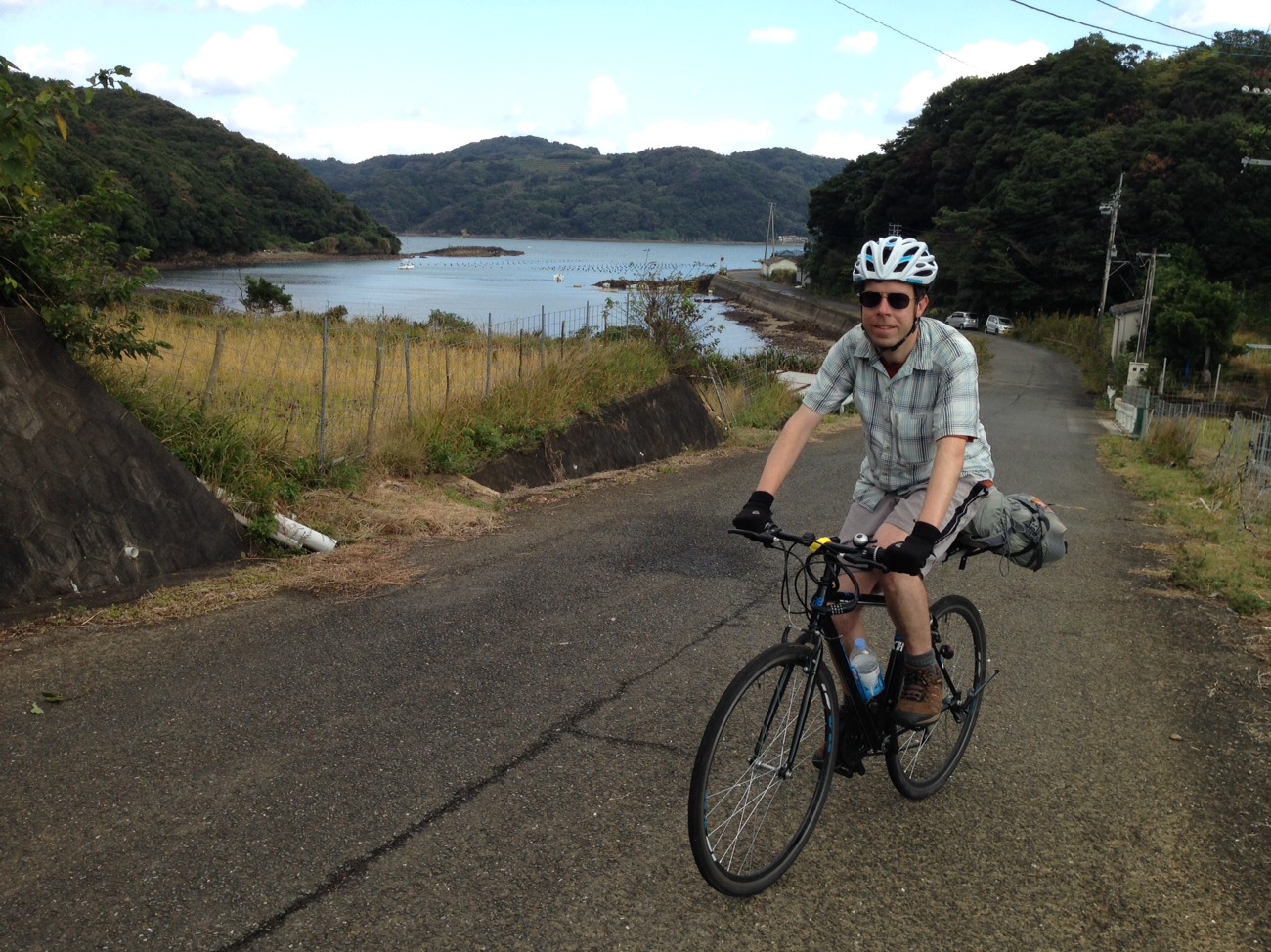 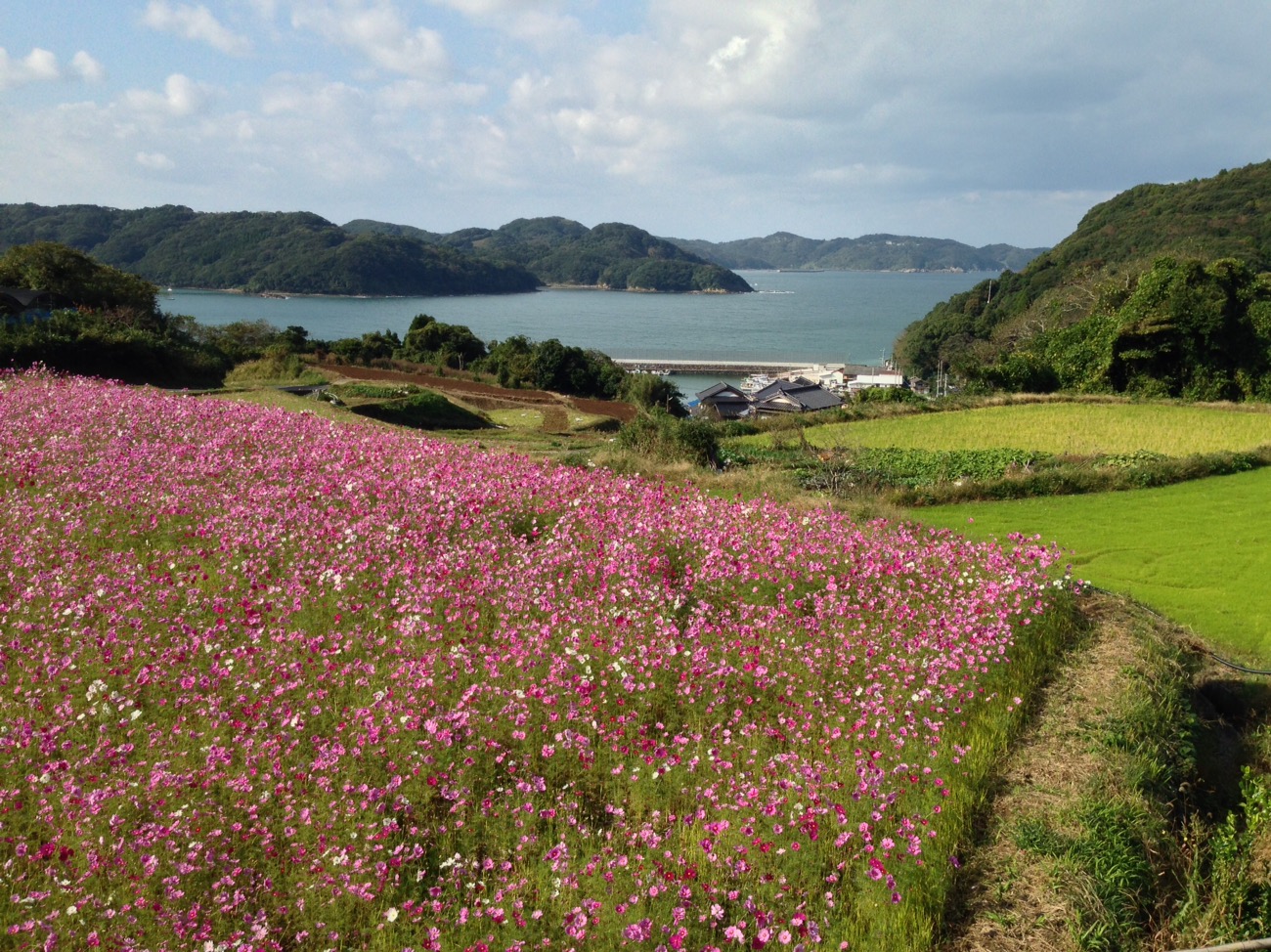 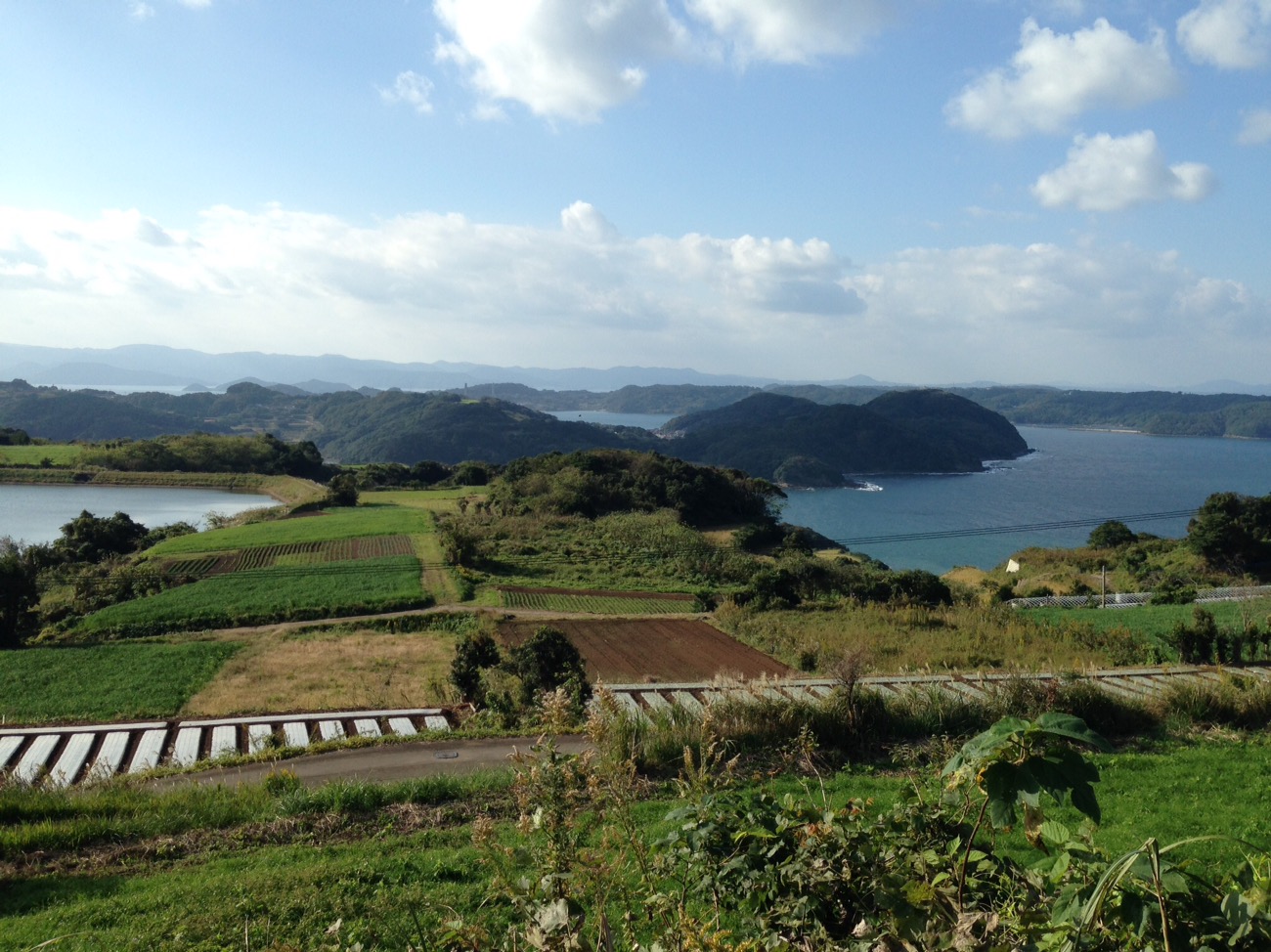 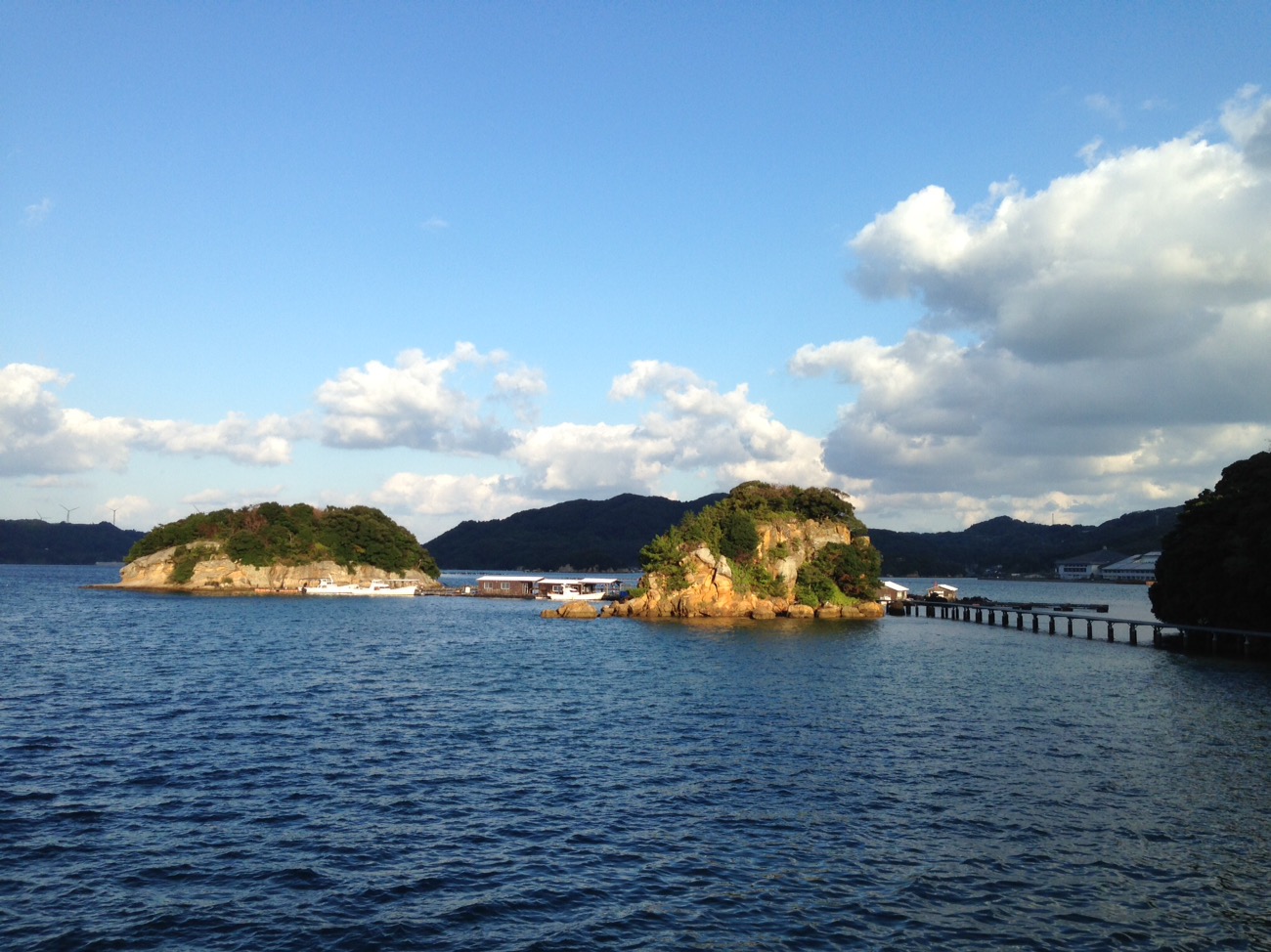 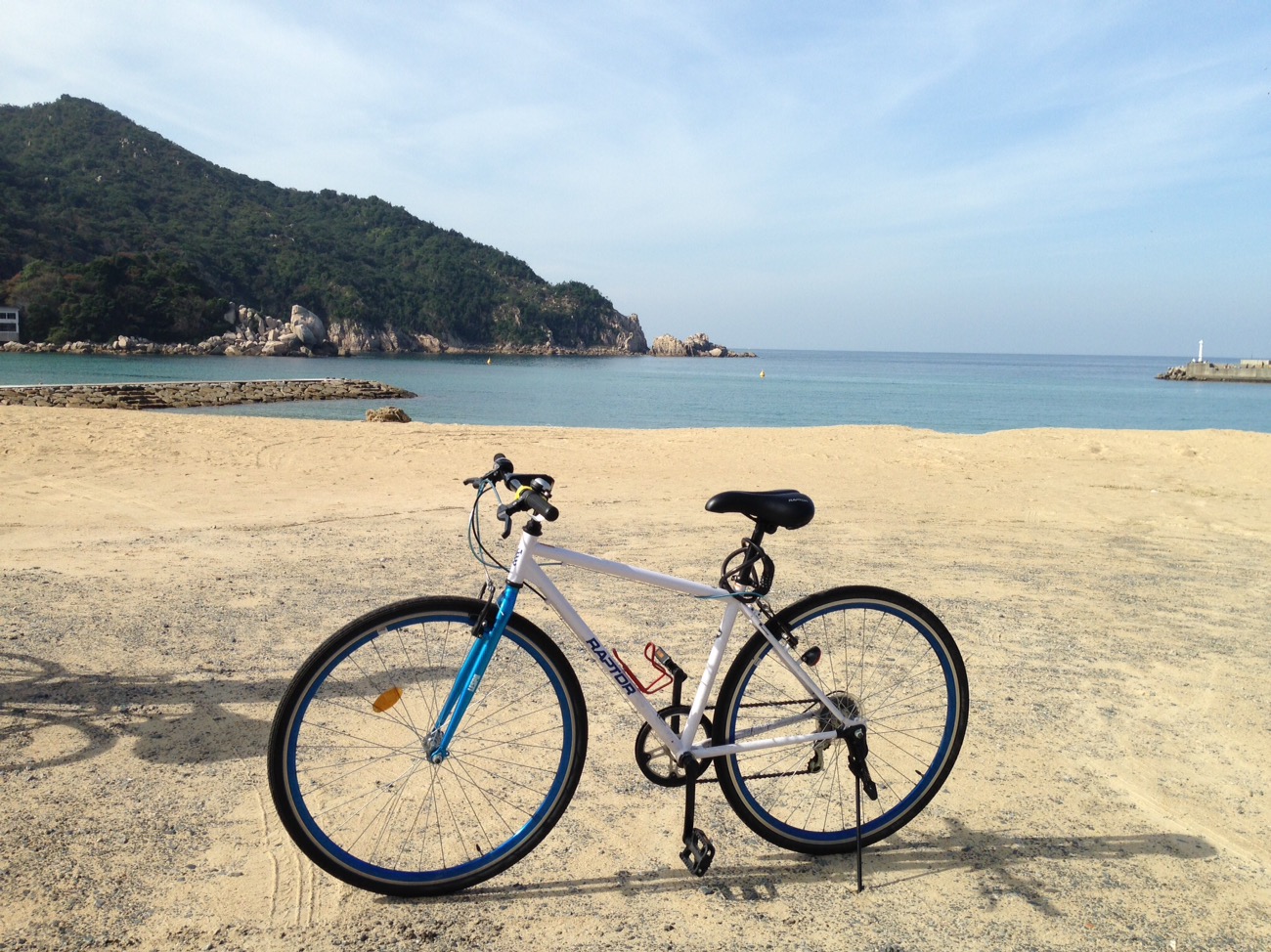 We returned to Fukuoka for a rest day from biking, centered around a big sumo tournament! There are only 6 a year and Michael had figured out how to time our travels to the first day of the November competition. We spent the afternoon watching two dozen sumo matches; each lasted only a few seconds, but the process of staring down one’s opponent, stomping one’s feet emphatically, kicking high in the air, and tossing large handfuls of salt into the ring took several minutes before each match. Apparently this ritual used to have no time limits, but in the last century it’s been increasingly curtailed, now down to only 4 minutes of psyching out your opponent before you start. 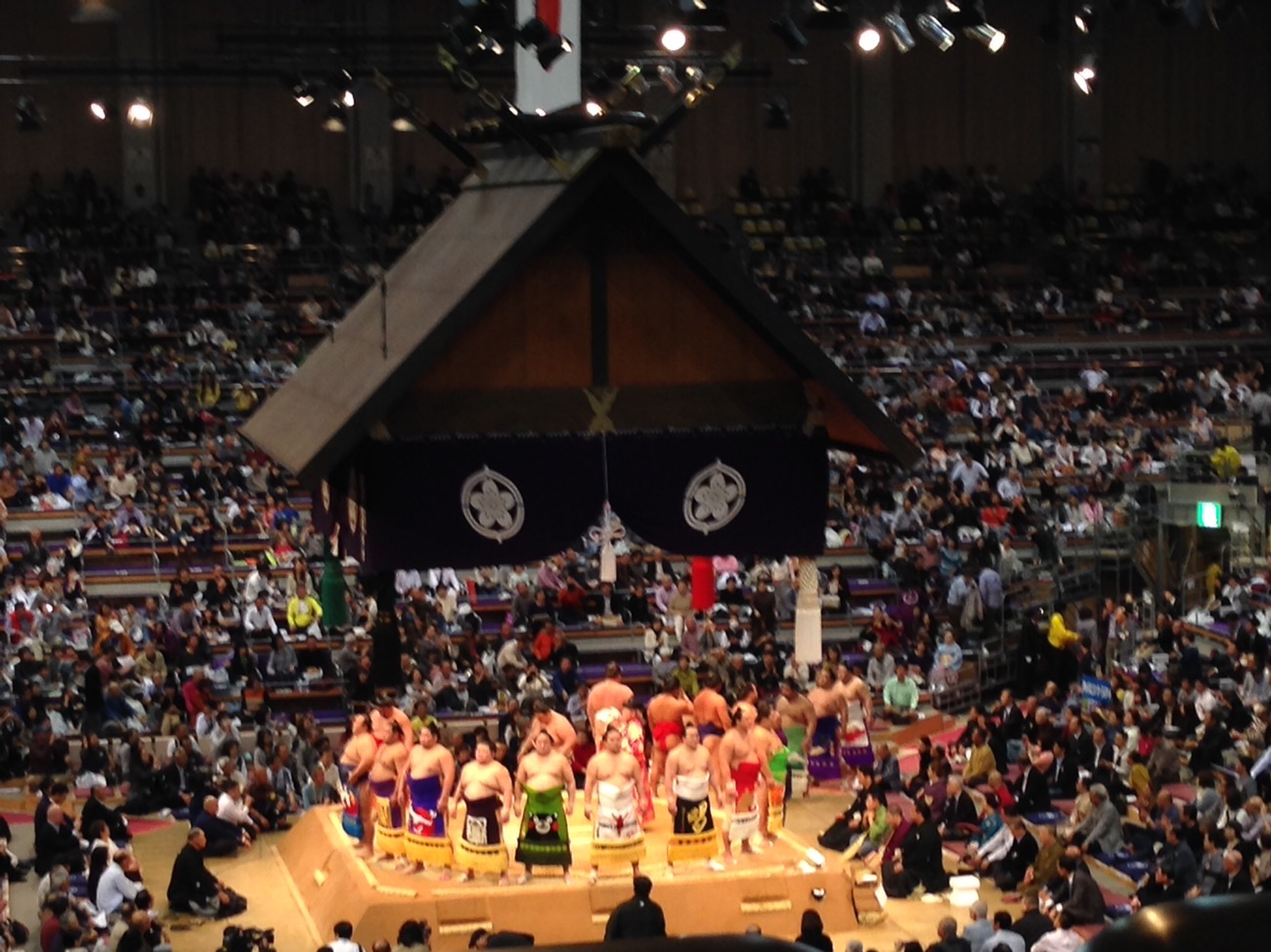 The sumo was neat to see, and it was useful to have a day of relaxation. I got my Choco Cro fix at last (so tasty!) and we got to compare three different versions of tonkatsu ramen. On Monday morning we headed to the post office to send all but our week’s worth of biking gear ahead of us to Narita airport ($30 for the entire giant backpack stuffed with all of Michael’s and my clothes!) and headed out for our next adventure: biking the Shimanami Kaido.