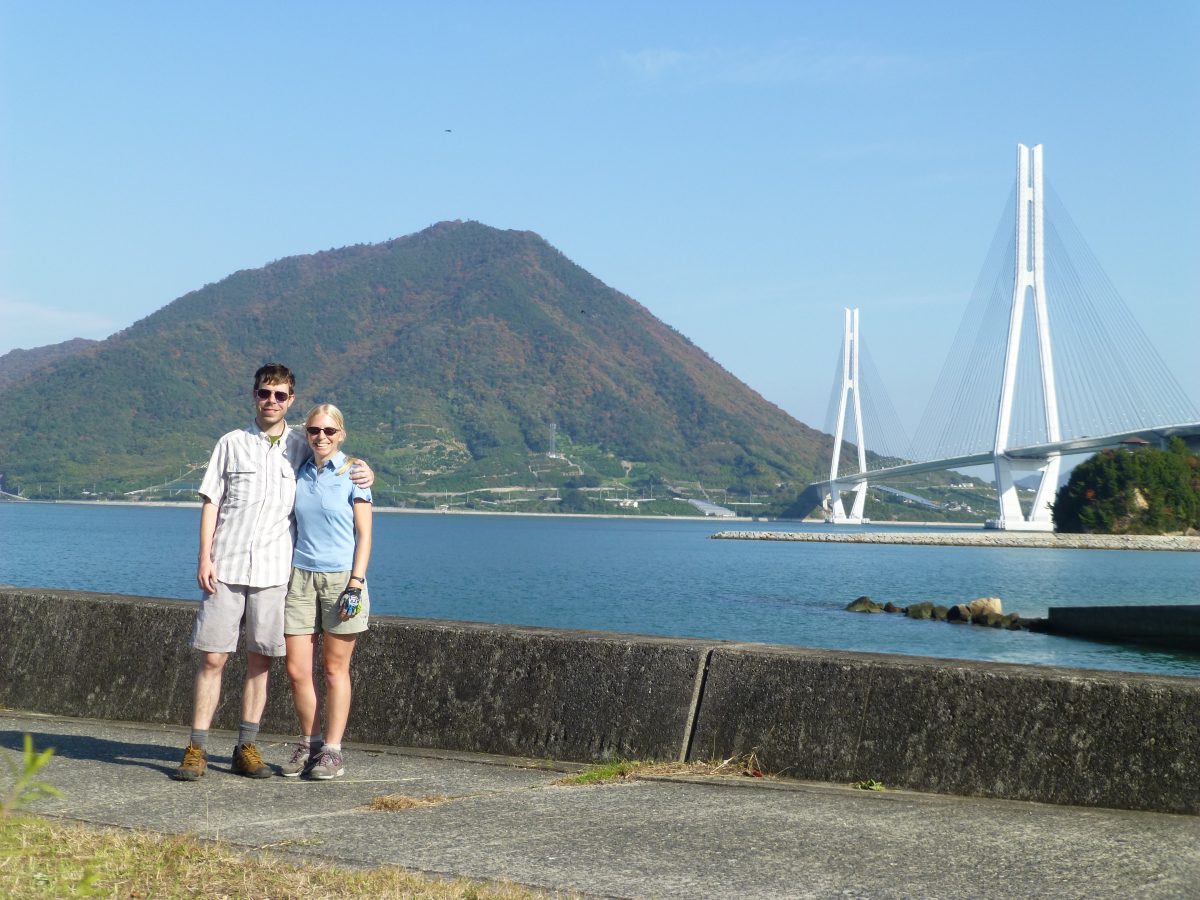 So declared Michael as we rounded yet another curve of amazing scenery as we biked through the Seto Inland Sea.

When we’d first started dreaming about our trip and mapping out places to go, we’d done a little bit of research on biking in Japan and discovered the Shimanami Kaido: a series of bridges connecting Shikoku to Honshu by way of a half dozen small islands, with special bicycle infrastructure on each bridge and marked bike paths between them. The websites we found had images like this one, and so we couldn’t resist fitting the route into our trip. 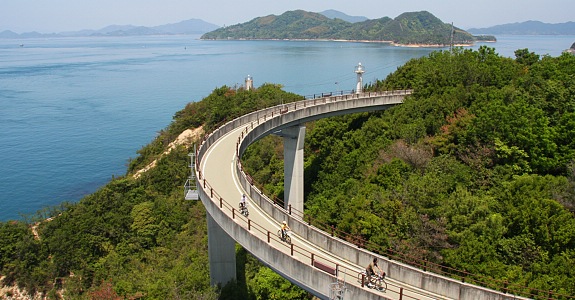 To get from Fukuoka to the start of the Shimanami Kaido, we figured we could bike north to Kitakyushu (kita = north, so the north end of Kyushu) and hop on a ferry to Matsuyama, then bike from there to Imabari, the start of the bike route. Here’s how that looks on a map: 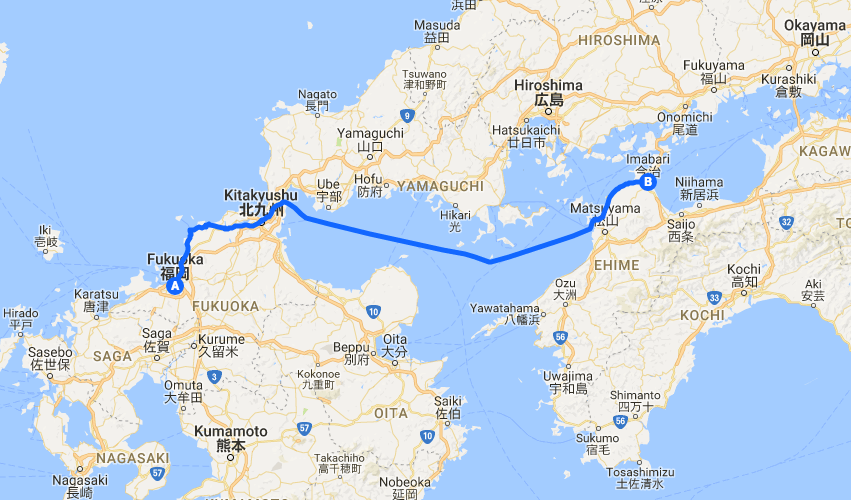 So we started at the Fukuoka post office, mailed all of our gear except what we could fit in our daypacks directly to the Narita airport, and headed north. The road was along the coast and looked fairly flat, plus the ferry didn’t leave until 9:55pm, so we had all day to get there, and the road signs said it was only 61km.

Turns out that the 61km measure was for the more direct inland route (whereas ours was more like 90km), trucks take the coastal road to get to the oil refinery, it rained almost all day, and Kitakyushu was a city of over a million people that sprawled and sprawled. We biked in the dark in the rain on city streets for two hours and even had a little bit of a bike crash on the slick metal grates, but we made it, miserable and wet, to the ferry terminal, and had some ramen before getting on board the boat. Luckily, this is Japan, so there was an onboard onsen with hot showers and a hot spa we could soak in before collapsing into bed (or, rather, into hard and not-very-comfortable futons on the floor). At least the ferry folks were nice and let passengers stay on board until 7am even though the boat gets in at 5am!

And OK, we did find a pretty stunning stretch of coastal bike route in the middle:

On the whole, the ride to the Shimanami Kaido was more grueling than delightful, but oh man, was it worth it once we got there. Incredible views over well-engineered bridges, glittering seas, and offshore islands replete in fall colors. They built spiraling bicycle-only onramps to each of the bridges so that bikers could ascend slowly but surely to hundreds of meters above the water, labeled the routes with distances and arrows, and generally made a bicyclist’s life quite delightful for the 70km route from Imabari to Onomichi and for another hundred or so kilometers of optional detours. The map even says awesome things like “Steep hills. You can do it!” to get you up the steep inclines on the optional sidetrips. 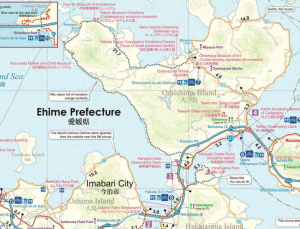 It was awesome. The two best parts were the sidetrips we tacked on: a 20-km loop around Omishima island that turned out to have its own dedicated bike path through tangerine groves and bamboo forests and right along the coast, and a trip across three small islands linked by bridges to each other and by ferry to the main set of islands we were biking between. It reminded us of Paradise Loop, only better (and with more hills).

The tides here are extremely strong, so much so that naval battles were won largely by the better predictor of tides. The water flowed like a river, with huge eddies and strong currents. It was hard to capture on camera, but really impressive to watch.